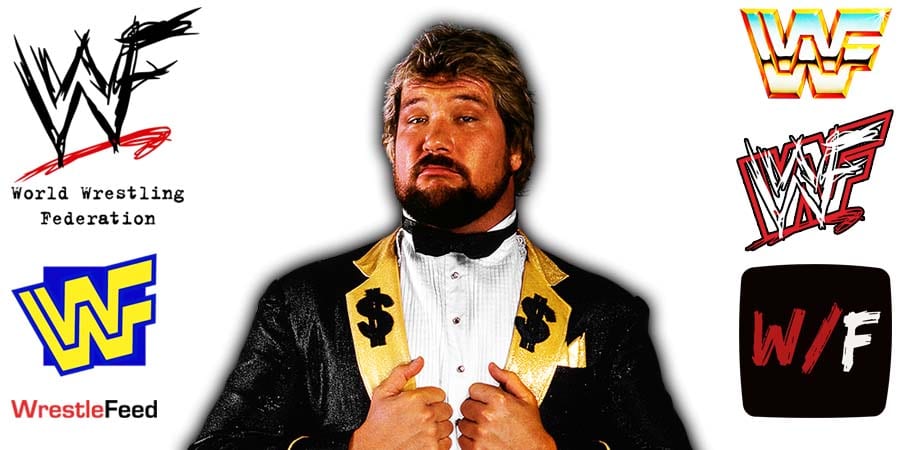 Old School WWF Legend Ted DiBiase recently spoke to the Bullet Cast podcast and revealed who came up with the Million Dollar Man gimmick in 1987.

“When they showed me what the dollar sign would look like, I said, ‘that’s okay.’ Initially, the one that they had, if you look at the belt, there is the great big one, and then there is a smaller one. The smaller one was going to be the main plate. I said, ‘That won’t work.’ They made it bigger.

I tell everybody, Vince McMahon created this character. When I sat and talked with Vince McMahon, he said, ‘Ted, I have an idea that’s never been done in wrestling before and you’re the guy that fits the bill. You interview well and carry yourself well.

Vince said, ‘Until you sign a contract with me, I can’t tell you what it is because if I tell you, I’ve given away a great idea and you can run somewhere else to do it.’

I had to have enough confidence in Vince to say, ‘Okay, I’m your guy’ and that’s what I did. When he laid it out for me and said I would be flying first-class everywhere and staying at the finest hotels and having limo service, pinch me! He said, ‘I think I can make you one of our hottest deals of all time.’

I said, ‘In the dressing room and out.’ There might have been a little jealousy, but most guys looked at it like, ‘If I had that opportunity, I’d take it.’ I already had a lot of respect from my peers for my ability in the ring.”

Ted is currently involved in an NXT storyline between LA Knight and Cameron Grimes, including the recent return of the famous Million Dollar Championship belt, that was first introduced on WWF TV in 1989.

Here’s what DiBiase said about being back on TV lately:

“I’ve had fun with it. The Cameron Grimes story, he apparently got rich overnight with Gamestop going through the roof and he was trying to do my schtick and apparently not doing it well, so I came back on the scene. We had some fun with it. All I can say is, stay tuned. It ain’t over.”

On this day in Pro Wrestling history in 1988, the World Wrestling Federation held a televised house show at the L.A. Sports Arena in Los Angeles, California.

The match-card of this event can be found here:

2. Rockers vs. The Conquistadors

3. Andre the Giant vs. Jim Duggan

4. The Ultimate Warrior vs. Bobby Heenan in a Loser Wears a Weasel Suit match