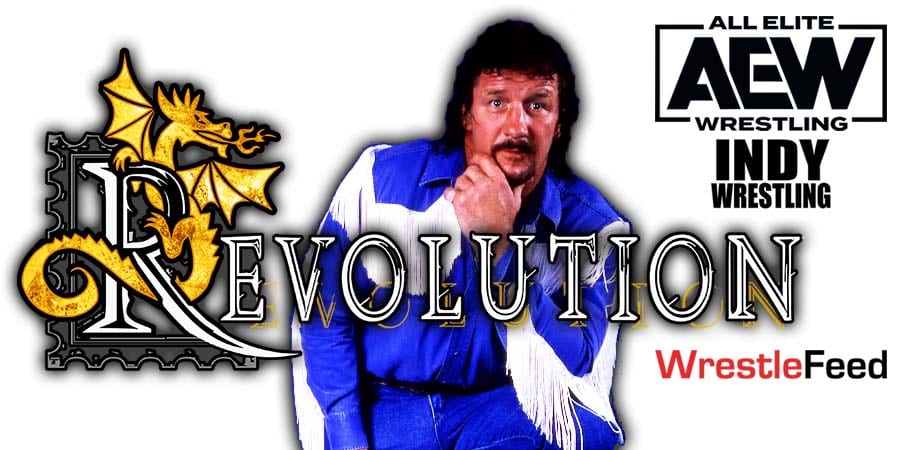 In the main event of tonight’s AEW Revolution 2021 pay-per-view, Kenny Omega will defend the AEW World Championship against Jon Moxley in an “Exploding Barbed Wire Deathmatch”.

Wrestling Legend Terry Funk got interviewed by Sports Illustrated and here’s what Funk had to say about tonight’s match between Omega & Moxley:

“It’s the roughest style match I’ve ever been in. I put a lot into those matches. I put in 100%, and I came out with a lot of damage to my body.

If you want to make this match work, you need to give the people their money’s worth. That’s the bottom line, that’s the most important thing. You need to do whatever you can to accomplish that. Physically, that can sometimes be a rugged game to play.

You’re not trying to tell a story, you’re trying to win a goddamn match. That’s the whole point. Win the match, win the fight.

This is a tough match. It was for me at least, as tough as it could possibly be. It’s up to them how they treat it. This match, their job is to go ahead and give the people their money’s worth.

If they do that, their match will live on for a long time. These two guys, I think they’ll do it to the best of their ability.”