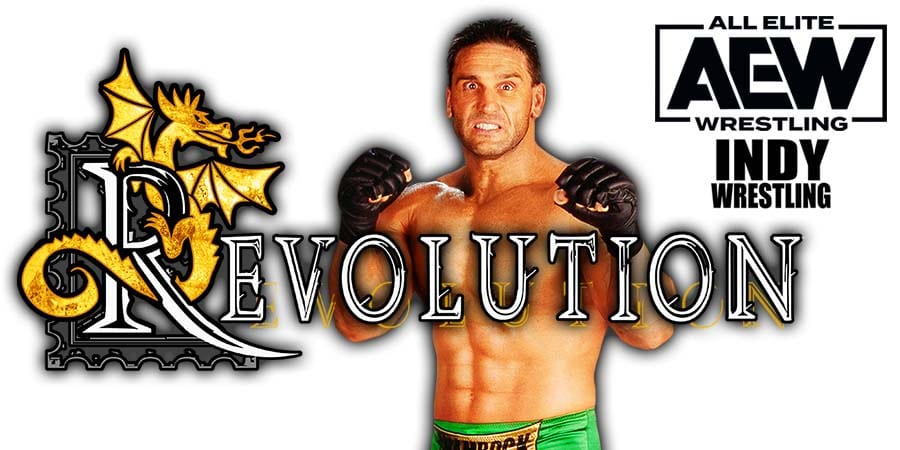 • Could Ken Shamrock Show Up Tonight At AEW Revolution PPV?

Fans can’t wait to find out who’s the major, “Hall of Fame” worthy talent that AEW will sign to a multi-year contract during tonight’s AEW Revolution 2021 pay-per-view.

We previously noted how Kurt Angle might be messing with the fans by posting a teaser on Twitter (tap here to know more).

Some fans have been talking about WWF Attitude Era Veteran Ken Shamrock possibly showing up tonight at AEW Revolution as the major signing.

The Wrestling Observer had the following to say about it:

“I’ve seen people mention Ken Shamrock. I know Ken Shamrock is scheduled for an autograph show today in New York, so you know he could always cancel at the last minute, but it’s probably not Ken Shamrock.”

CM Punk and Batista confirmed that it’s not going to be them.