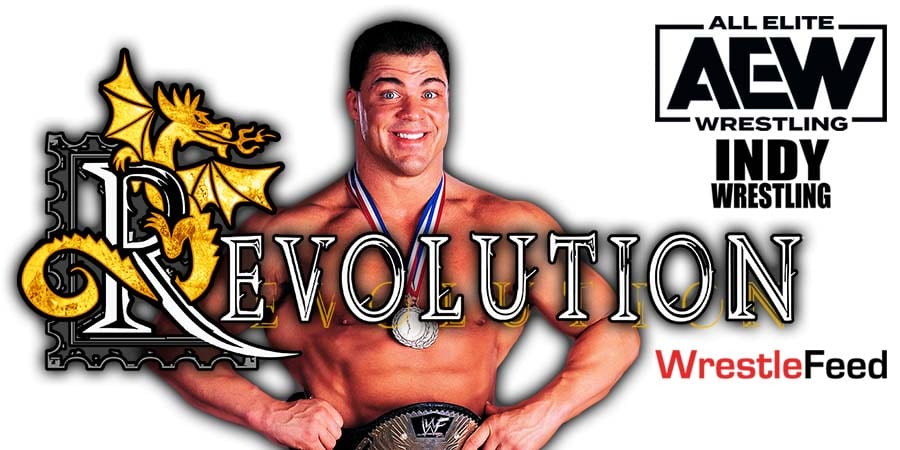 With fans wondering who could be the mystery signing at tonight’s AEW Revolution 2021 pay-per-view, WWE Hall of Famer Kurt Angle decided to post a teaser yesterday.

Angle posted a video where he wore his ring gear and the video ended with a text that said “to be continued”.

Angle has now posted the complete video and it was him promoting his “The Kurt Angle Show” podcast.

While this still doesn’t rule out Angle possibly signing with AEW, but it’s also possible that Angle was just messing with fans.

It was pre-taped at the Pittsburgh Civic Arena in Pittsburgh, Pennsylvania and featured matches, interviews & storyline segments on the road to ‘WWF WrestleMania XV’.

1. Public Enemy vs. The Acolytes

2. The Road Dogg vs. Jeff Jarrett