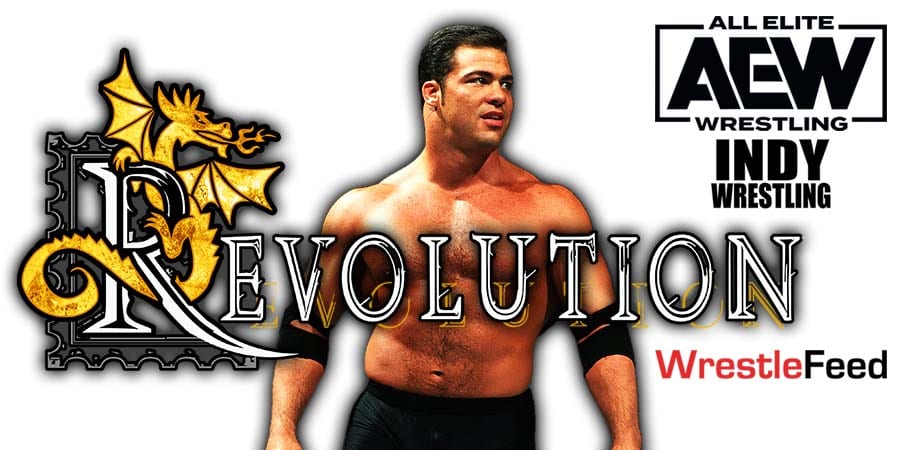 As seen on this week’s episode of AEW Dynamite, “The Big Show” Paul Wight revealed that AEW will announce their newest signing, a Hall of Fame worthy talent, this Sunday at AEW Revolution 2021 pay-per-view.

However, the mystery signing could be WWE Hall of Famer Kurt Angle.

Angle teased his return with a video that he posted this morning. The video ended with a text that said “to be continued”. You can watch it below:

As you can see, Angle is in great shape and looks way leaner than what he was during his retirement from WWE in 2019. WWE Hall of Famer Billy Graham went on to claim that Angle is on TRT now.

Angle signing with AEW would make sense as he wasn’t happy with his retirement match in WWE.

Angle lost to Baron Corbin in a 6 minute match at WrestleMania 35. Angle vs. Corbin was match #14 on the card and he called it a “filler match” recently. Angle wanted to face John Cena in his final match, but that didn’t happen.

Angle also noted that he wanted to be a World Champion when he returned to WWE in 2017, just like Goldberg, but that didn’t happen either.

As we have noted before, AEW President Tony Khan noted that “a huge star is going to come and sign a multi-year contract with AEW on Sunday at the pay-per-view”.

On this day in 2007, we lost Old School WWF Veteran Bad News Brown (Real name: Allen Coage) at the age of 63 due to a heart attack.

Bad News Brown joined the World Wrestling Federation in early 1988 and left shortly before the 1990 Survivor Series PPV, where The Undertaker ended up being his replacement. The rest is history.

His most famous rivalries during his time in the WWF were against “The Macho Man” Randy Savage, Jake “The Snake” Roberts and “Rowdy” Roddy Piper.