The main event of this pay-per-view was a War Games match that featured a battle between Dusty Rhodes’ Team and The Stud Stable.

The newest addition to the list of WWE games, WWE 2K Battlegrounds, hit the shelves of stores today.

One interesting thing was noted by viewers of Twitch streamers newLEGACYinc, who received an early copy of the game and streamed the gameplay on Thursday. The Royal Rumble match’s loading screen displayed a silhouette of Tessa Blanchard, or one that resembles one of her most used photos on the internet.

You can view the screenshot below: 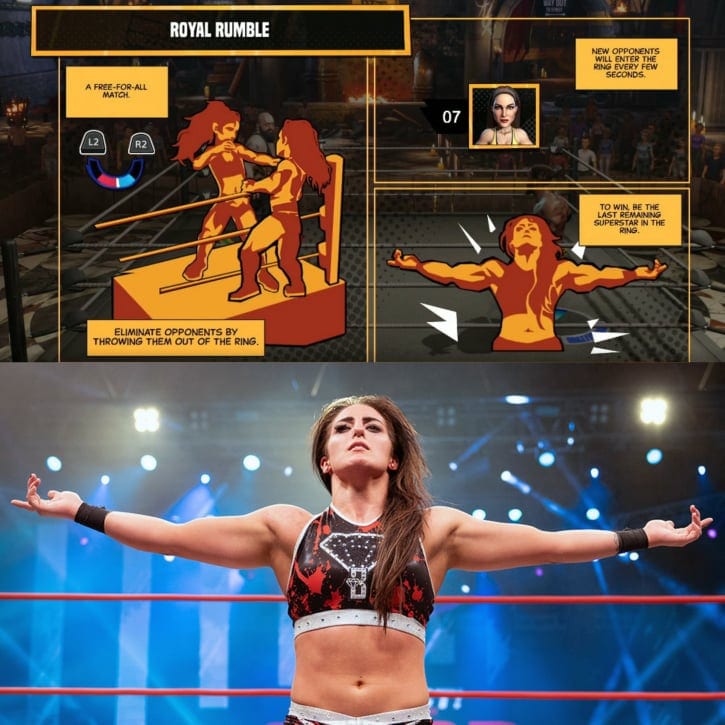 However, the game using the former IMPACT Wrestling World Champion’s silhouette has given rise to some controversy, as the photographer who took that photo says he never allowed WWE or 2K to use it.

“Hey @WWEgames you wanna tell me why you took my photo without my permission to use it in your game?”

Hey @WWEgames you wanna tell me why you took my photo without my permission to use it in your game? https://t.co/xgGoFRzoUW

Also Check Out: The Undertaker Plays WWE Battlegrounds With His Family (Video)