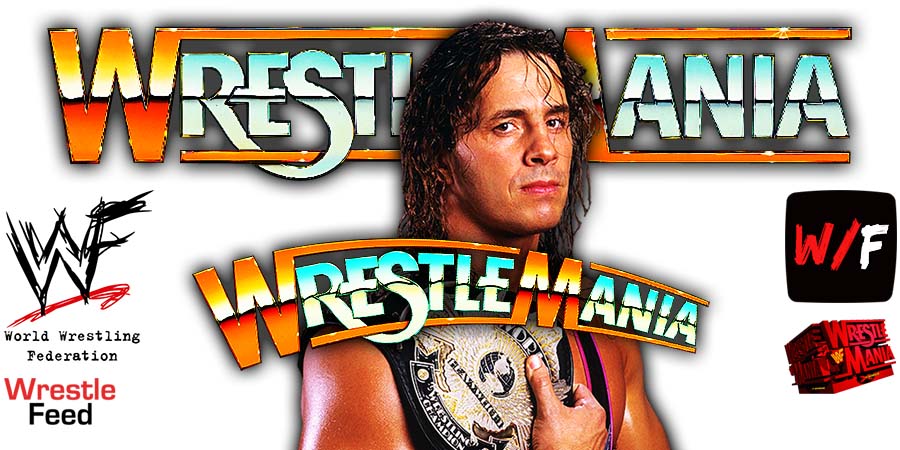 On a recent episode of his weekly ‘Something To Wrestle With’ podcast, Old School WWF Legend ‘Brother Love’ Bruce Prichard talked about Bret Hart’s World Wrestling Federation run in 1993, which included The Hitman losing his first ever WWF World Title at WrestleMania 9 and winning the first ever PPV version of the King of the Ring tournament.

Prichard explained that Bret was upset about the controversial finish, that included Yokozuna defeating him for the Title, but then challenging Hulk Hogan, who got in for the impromptu match and dethroned Yoko in 22 seconds.

Here’s what Bruce had to say about the situation:

“Bret was upset, no doubt about it Bret was upset. I don’t remember when Vince had the talk with Bret, it was probably the night before because we hadn’t made the decision till the day before. There was a lot going back and forth, is this the right thing to do? What should we do? I think Vince going with his gut, we did what we eventually did.

As far as the match going shorter, that was a timing issue. Nothing more, nothing less, the show had gone long and we were at a point where to make sure that we got everything in that some of the time was cut off on that. That was a Vince call at the time. It was communicated while they were in the ring. Probably debate as to where that time should have gone but at the same time, hindsight being 20-20 you have got to be careful and make sure you get everything on the air back in those days.

Bret was definitely upset, Bret looked at it as a lack of confidence. Here I am, I’m going and they’re going in a completely different direction and an older direction at that not realizing it was temporary. I think that would be a kick in the gut to anybody. This is the biggest deal that he could possibly imagine and bah boom, somebody else is walking out. That was a kick in the nuts to him.

Bret was excited and looking forward to the opportunity to work with Hulk but then also, I think there’s a little bit we didn’t really know. Okay great, Hulk’s back, Hulk’s back for WrestleMania and at the time, at the very beginning there wasn’t a lot of, we know Hulk’s going to be here for the long run. I think Hulk was always looked at as a short term deal.

How Bret was picked was looking at the reaction he received on the last few international tours, his dependability and the length of time he had been there and to be something different, not to be the next Hogan. That’s where we made the mistake in saying ‘Would we have done this with Hulk?’ Bret wasn’t Hulk, he was different.

That was also the beginning of it, we had to present different and that was on us. Bret was the guy because he was a dependable guy, solid, you knew exactly what you were getting and there was a ground swell, when you look at the international audience that felt this guy was a mega star.”

The Berzerker vs. Chi Chi Cruz