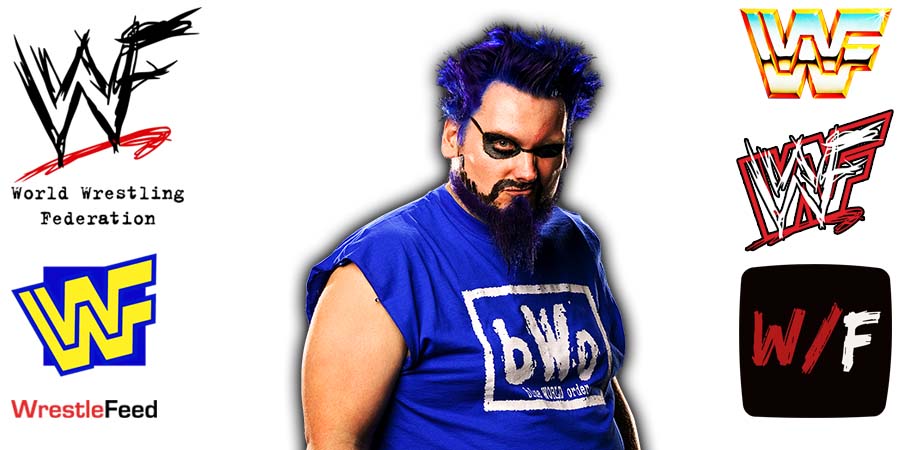 During a recent episode of the ‘WSI: Wrestling Shoot Interviews’ video podcast, Old School ECW Veteran The Blue Meanie revealed the reaction of the original New World Order (nWo) faction to the parody they did of Hollywood Hogan (portrayed by Hollywood Nova, later known as WWE’s Simon Dean), Scott Hall (portrayed by The Blue Meanie himself) and Kevin Nash (portrayed by Stevie Richards) in Paul Heyman’s Extreme Championship Wrestling.

Here’s what ‘The Blue Guy’ had to say on the nWo’s reaction to them:

“When I first went to the WWF, I saw X-Pac and I was like ‘hey man, hope you guys didn’t mind the bWo thing’ and he was like ‘nah, we loved it! It was cool!’ and later Scott Hall said that after a show they’d go to a local bar and put the TV on and watch ECW.

They were all very cool about it, Nash was great about it. I eventually met [Hulk] Hogan, briefly when I went back to WWE to do the SmackDown and RAW SuperShow and yeah, he said it was great. So, the nWo were definitely cool about the bWo.”

Also Read: Popular Attitude Era Star Was Scheduled To Become The Bodyguard Of The nWo

It was broadcasted from the Lee Civic Center in Ft. Myers, Florida and featured pre-taped matches, promos & storyline segments on the road to the ‘WWF Royal Rumble 1988’ event.

– Koko B Ware vs. Rick Renslow