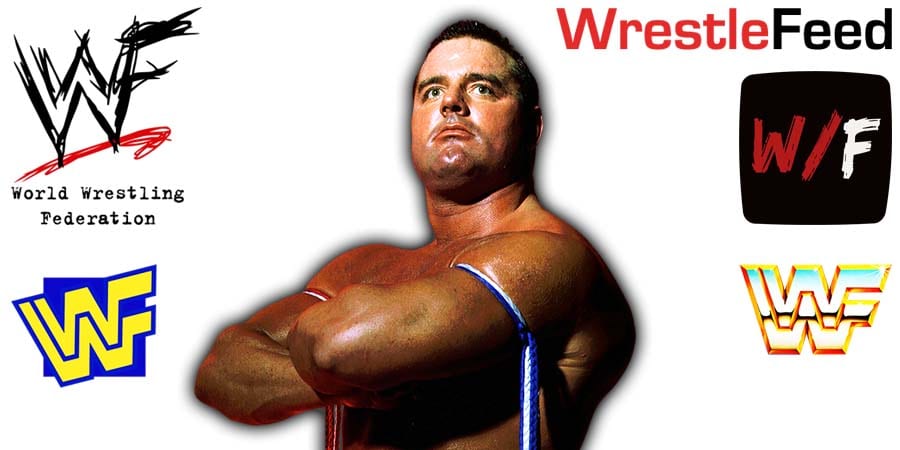 • The Famous “British Bulldog Kid” Has Been Found 28 Years Later

WWF SummerSlam 1992 was the only SummerSlam event to take place in the UK, which was main evented by Bret ‘The Hitman’ Hart and “The British Bulldog” Davey Boy Smith for the WWF Intercontinental Championship, and the co-main event was The Ultimate Warrior vs. “Macho Man” Randy Savage for the WWF World Heavyweight Championship.

Prior to the event, a little fan made the following prediction:

“The British Bulldog’s gonna win, whether he wants to or not!”

She got famous for getting the prediction right, and went on to be known as “The British Bulldog Kid”, of which she was completely unaware of.

Wrestling Arcade on Twitter received messages from Stacy Craig, someone who is close to that fan. Stacy revealed that the fan’s name is Aimee, and she is a huge fan of Bret Hart and The British Bulldog.

Such a small world 🙌🙌🌍 pic.twitter.com/kY5zVxhSAX

Aimee will now be interviewed by Wrestle With Andy to discuss her popularity because of her prediction turning out to be true.

WWE Champion Drew McIntyre also commented on the story in the following tweet:

“The Holy Grail of wrestling, the British Bulldog GIRL has been found! Now we need to recreate this when the UK gets its PPV

Drew McIntyre is gonna win whether he wants to or not!”

The Holy Grail of wrestling, the British Bulldog GIRL has been found! Now we need to recreate this when the UK gets its PPV

Drew Mcintyre is gonna win whether he wants to or not! https://t.co/cm7biBCUSq

What makes the fan being found in 2020 more interesting is that The British Bulldog was set to go into the WWE Hall Of Fame this year.

The One Man Gang vs. Rick Gantner