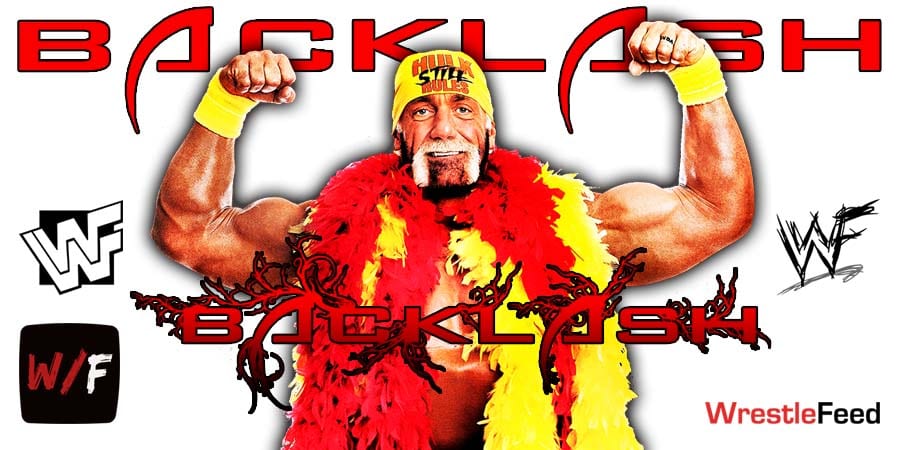 On this day in Pro Wrestling history on April 21, 2002, the World Wrestling Federation aired ‘Backlash 2002’ LIVE on PPV from the Kemper Memorial Arena in Kansas City, Missouri.

The main event of this pay-per-view saw the top stars of two eras battle it out for the WWF Undisputed Championship, where Triple H defended his Title against Hollywood Hulk Hogan.

Hogan defeated Triple H to become a 6-time WWF Champion, and this was the last “WWF” Title reign as the Title was changed to the “WWE” Undisputed Championship on May 6, 2002 (after the WWF to WWE name change).

This also ended up being Hogan’s final World Title reign.

This was the first PPV after the brand extension, but remained a dual-brand PPV. This PPV also featured the first televised match of Brock Lesnar in the WWF, who ended up destroying Jeff Hardy.

This was a great show with a lot of big names on the card. You can check out the results below:

– The Undertaker def. Stone Cold Steve Austin in a #1 Contenders Match with Ric Flair as the special guest referee

While he did not win any championships during his time in ECW, his memorable rivalry against his (kayfabe/storyline) brother Ian Rotten won Pro Wrestling Illustrated’s “PWI Feud of the Year” award in 1995.