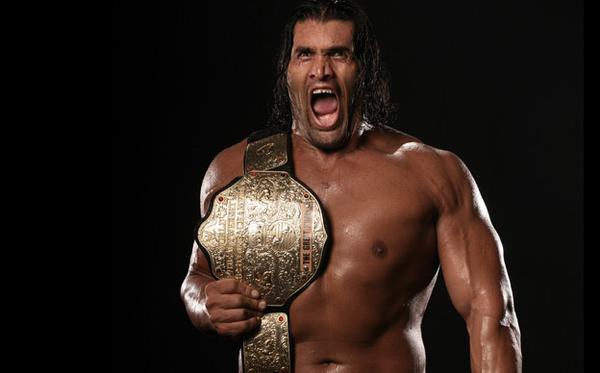 In a recent interview with Iamin, former World Heavyweight Champion The Great Khali noted that he’s coming back to USA and will be returning to WWE programming very soon. The Great Khali wrestled his last match in WWE last year in October where to lost to Rusev. After that match his contract expired with WWE and he left. Khali noted in the interview that he took a break from WWE on his own terms to establish a wrestling school in Jalandhar, India. Here’s what The Great Khali said: “It’s not that I had no offers from the WWE. I had voluntarily taken this break as I needed some time to establish the institute in Jalandhar. Now that the things are on track I decided to get back to the ring. I will be back soon with some more friends from US who will help me on my project to prepare WWE wrestling in India. We have trainees from all across the country. Also there are four girls apart from 30 boys who are being trained there. I wanted that girls get equal opportunity and so we have provided space for girls as well.”