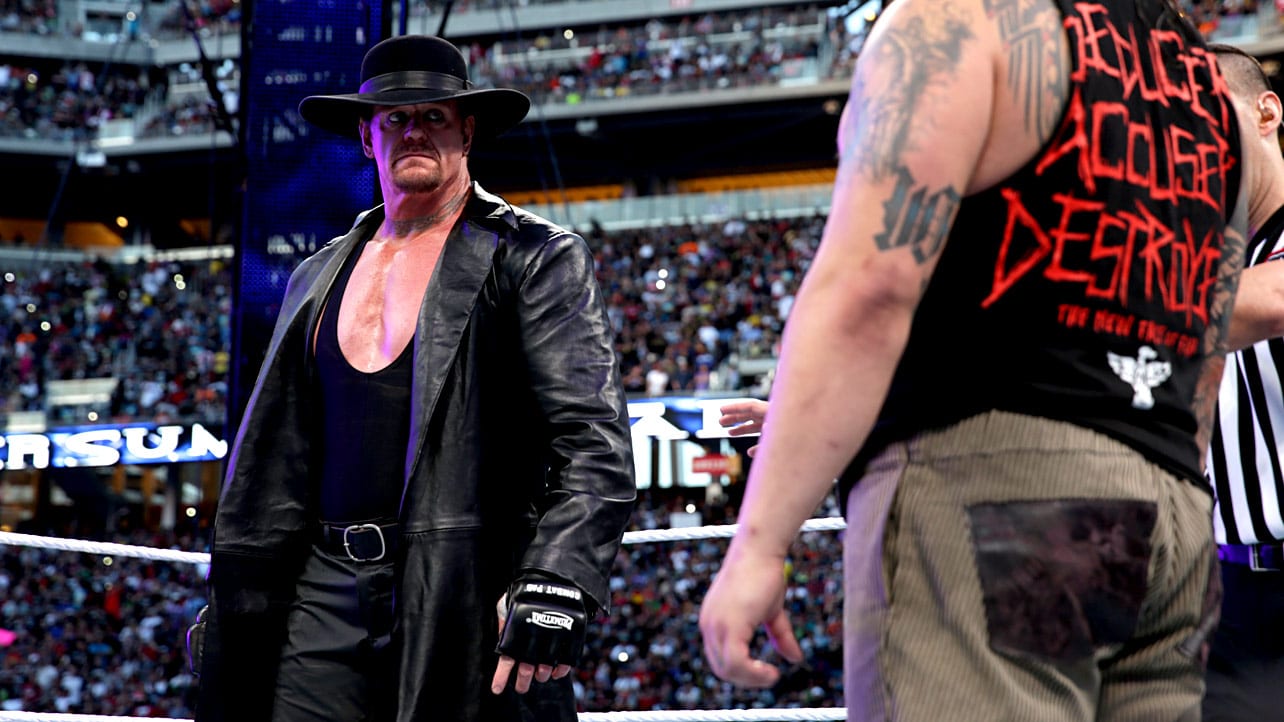 As we noted before, Sting’s future plans in WWE are up in the air and Sting himself said that he doesn’t know what the future holds. He did note that he’s willing to work if WWE comes up with something for him. According to latest reports, Sting has not yet committed to working WrestleMania 32 next year, but he still wants a singles match with The Undertaker. Regarding The Undertaker’s future in WWE, the officials reportedly wants to put less pressure on him given the fact that the Streak is over and they will likely be moving his match lower on the match card every year. It’s still not clear whether Undertaker will be involved in a retirement match next year or not, but WWE officials are hoping that Taker can work a few more matches if his body can hold up. We noted before that Undertaker was telling people backstage at WrestleMania 31 that he felt great after his match with Bray Wyatt and described it as a great experience. Taker also noted that he’s planning to work next year’s WrestleMania 32 which takes place from Arlington, Texas. As noted, The Undertaker is also featured in the official WrestleMania 32 promo. As noted before, officials are looking to break attendance records next year and want to pack 100,000 people in the AT&T Stadium for WrestleMania 32, and this match will surely make that task easy.