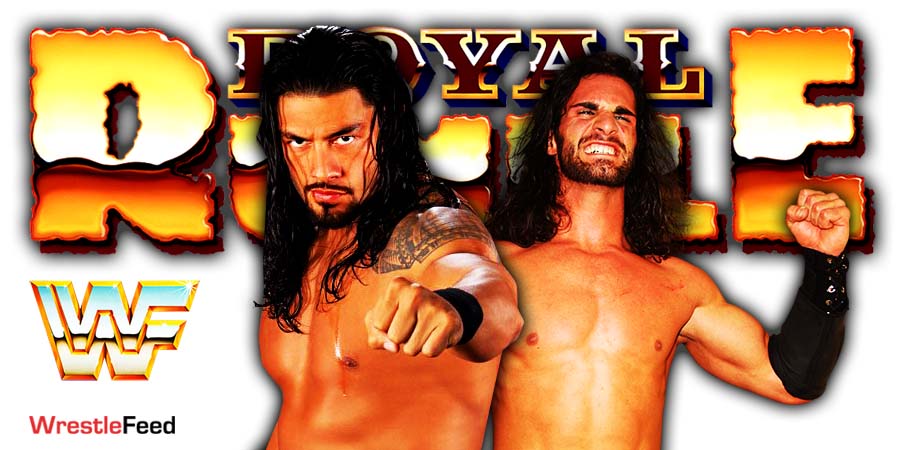 As seen in the opening match of Royal Rumble 2022, Roman Reigns lost to Seth Rollins via DQ, when he refused to let go of the Guillotine Chokehold after Seth managed to grab the bottom rope (which some fans are saying only happened due to the referee lifting his hand).

Reigns is still the Universal Champion due to the match ending via DQ.

After the match, The Tribal Chief brutally assaulted Rollins with a Steel Chair, in the same way Rollins did to him while breaking The Shield in 2014.

“He’s a genius, I will say this a million times over.

He got booed in the Seth Rollins match, deafeningly booed, and he played the crowd so well. He went after him and pounded his chest, they booed more. It was brilliant.

The reactions, not only that he was able to get, but elicit. There’s a difference, some people can get a reaction, other people elicit a reaction. He got one, and then he poured gasoline on it and got more. It was brilliant stuff.

The loudest reaction I heard was the heel work of Roman Reigns, it was absolutely brilliant.”

– The Rockers vs. George South and Mike Davis