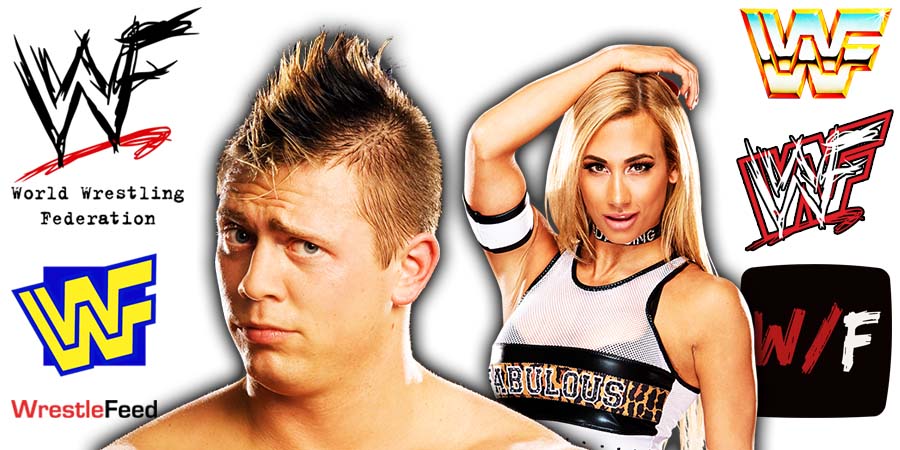 • The Miz Is RAW Champion’s Mentor In WWE

During a recent interview with Chris Van Vliet, WWE Women’s Tag Team Champion Carmella revealed that former WWE Champion The Miz is a mentor to him in the company.

“For me, I would honestly say The Miz, you know, whenever I have an issue or a problem, whether it be anything related to creative or with my character or something, going on in a match, I go to him and I try to, for me, if I could be the female Miz, like, that would be an amazing accomplishment, you know, they trust The Miz.

They put him in any position, will shine no matter what, and he is not afraid to lean into his role as a bad guy, and I consider that the same for myself.

I like to really lean into my role, and anytime I have a problem or issue, whatever is I go to him, he’s gonna be honest, sometimes brutally honest, but he always helps me out.”