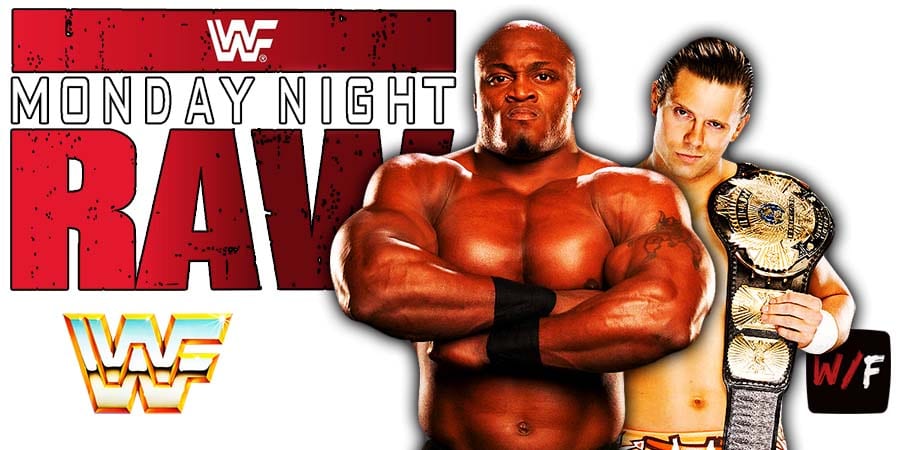 • The Miz Retains The WWE Championship On Tonight’s RAW

As we noted earlier, Drew McIntyre kicked off tonight’s RAW. Drew said he didn’t walk into The Thunderdome with the WWE Championship, but freaking Miz did. Drew said his mission is to regain the WWE Title from whoever walks out with it tonight.

At 9 PM EST, Bobby Lashley came out in the ring for his match, but The Miz was acting sick backstage in front of Adam Pearce.

This led to Lashley running to the back and getting his hands of Miz.

Pearce said no matter what, Miz will have to defend the WWE Championship tonight. The match will now take place at 10 PM EST.

The Miz finally came out for his match with Bobby Lashley at 10 PM EST. Before the match could begin, Miz proposed to MVP that they should do this match in the main event of WrestleMania 37, as that’s what Lashley deserves, but MVP didn’t agree.

As soon as the match began, Miz left the ring, took his WWE Title and ran to the back. The referee counted him out.

So Lashley won the match via count-out, but The Miz is still the WWE Champion (as Titles can’t change hands via a count-out victory).

Lashley & MVP complained to Shane McMahon about this. Shane said he’ll strip Miz of the WWE Title and award it to Lashley if he doesn’t have a proper title match against Lashley tonight.