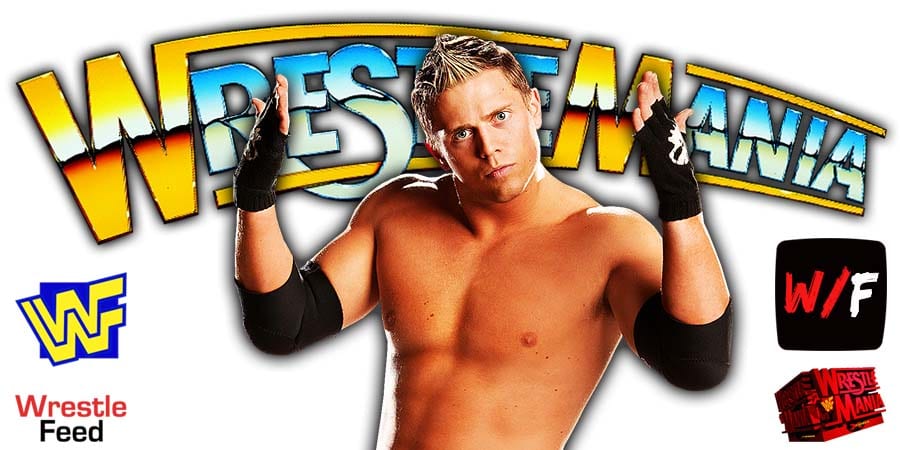 • The Miz Reveals Which Legend Helped Him Before WrestleMania 37 Match

At WrestleMania 37, The Miz & John Morrison took on the team of Damian Priest & Bad Bunny, and lost.

During an interview on the Out Of Character podcast, Miz talked about facing issues while trying to figure out how this match will go, because Bad Bunny isn’t a pro-wrestler.

Miz then received advice from WWE Hall Of Famer Triple H, which helped him tremendously.

“I was having trouble with the beginning of that Bad Bunny match, I was trying to figure it out, like, I’m a WWE Superstar and this is a Celebrity. He’s a music person and he’s coming into my world and he’s just going to be able to do things?

And Triple H is the best at being like, ‘yeah, but what if you do this…’ and I’ll go, ‘oh.’ And sometimes, that’s all you need, just a little bit of advice, and then he sat down with me for 20 minutes and after that 20 minutes, I knew exactly what needed to be done. We went out there and just killed it.

As much as I hate to say it, Bad Bunny did absolutely phenomenal in that match. It takes four to make that match magic, and each person, even Damian Priest, like, that’s his first big match and it’s with a celebrity.

You have to be there by their side, guiding them, force-feeding them, and Damian Priest came in there not only with ideas but sometimes, you have an idea of where you’re going to go, and when they go above and beyond that idea, it’s like, ugh. It makes your job so much easier.”

Also Read: “My all-time favorite was The Miz” – RAW Star

On this day in 2013, Total Nonstop Action! aired another episode of their weekly TV show ‘TNA iMPACT! Wrestling’.

This episode took place at the BancorpSouth Arena in Tupelo, Mississippi and featured matches, interviews & storyline segments on the road to the TNA Slammiversary 2013 PPV.