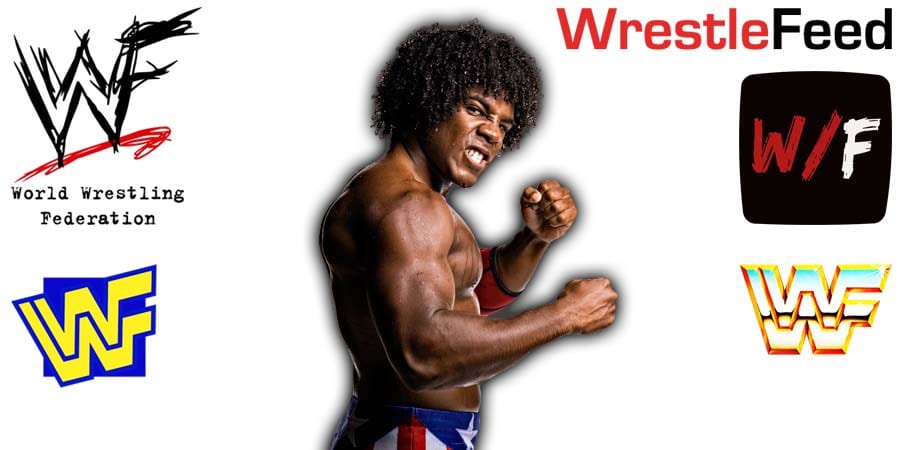 On this week’s episode of RAW, Xavier Woods paid tribute to Jon Huber (Brodie Lee / Luke Harper) by wearing an arm band which had “Brodie” written on it.

During his 8 man tag team match, Woods used a Discus Clothesline on Cedric Alexander to pay tribute to Jon.

The New Day’s tribute to Jon continued on RAW Talk after RAW went off the air. Below is what Xavier Woods & Kofi Kingston said on RAW Talk:

Kingston: “You’ve seen all the posts online on social media – he was an amazing father, it was one of the most admirable traits about him. We had so many stories back and forth about our kids because they’re kind of cut from the same cloth, we got a couple of wild boys. You know?

So every WrestleMania they would always get together, they called themselves The New Day Kids, you know, and they just… it was just an amazing feeling to share that bond with him.

You know, like you said, we’ve been seeing all the posts on social media and just see how many lives he touched in the business, in the ring, but more importantly, outside of the ring with all the family stuff. Like Woods said, he’s going to be dearly missed, his presence is going to be missed, and yeah, it’s crazy. It’s crazy.”

Woods: “We just want to make sure everybody takes a second. You know, take a second, remember him for the man that he was, and the legacy that he leaves. Just keep him in your thoughts.”

The New Day's @TrueKofi and @AustinCreedWins paid a heartfelt tribute to the late, great Jon Huber on tonight's episode of Raw Talk. pic.twitter.com/rep2OjHcCR

It was broadcasted from the Pepsi Arena in Albany, New York and featured matches, interviews & storyline segments on the road to the ‘WWF Royal Rumble 1999’ PPV.