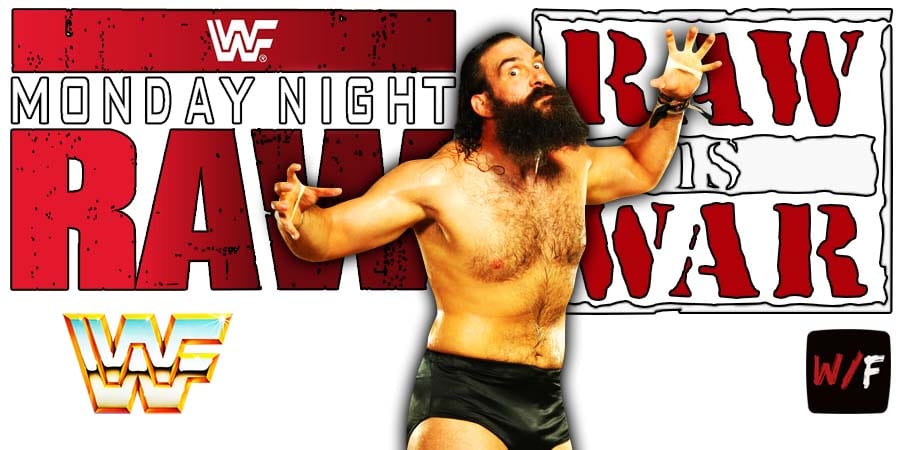 The last RAW of 2020 kicked off with an “In Memory Of” graphic for Jon Huber (Luke Harper / Brodie Lee), who passed away two days ago.

After that, RAW commentator Tom Phillips said “It’s Monday, you know what that means”. WWE Champion Drew McIntyre also said the same in his promo in the opening segment. For those who don’t know, it’s a line that Jon used to write every day on Twitter.

Xavier Woods also wore an arm band which had “Brodie” written on it, and also used a Discus Clothesline on Cedric Alexander in an 8-Man Tag Team match to pay tribute to Jon.

However, some people wanted WWE to air a video package or have a 10-bell salute for Lee, which did not happen.

IMPACT Wrestling star Brian Myers (fka Curt Hawkins in WWE) isn’t satisfied with WWE’s tribute to Jon as he wrote the following on Twitter about it.

This man was beloved by his peers & we’re all grieving hard.

No 10 bell salute?
No video package?
This man was beloved by his peers & we’re all grieving hard.
This isn’t right. https://t.co/PhZIckKcbm

The Berzerker vs. Virgil

Throughout The Show Gorilla Monsoon Removes The Primetime Wrestling Set

The Nasty Boys vs. The Beverly Brothers

The Baseball Vignette On Mr. Perfect