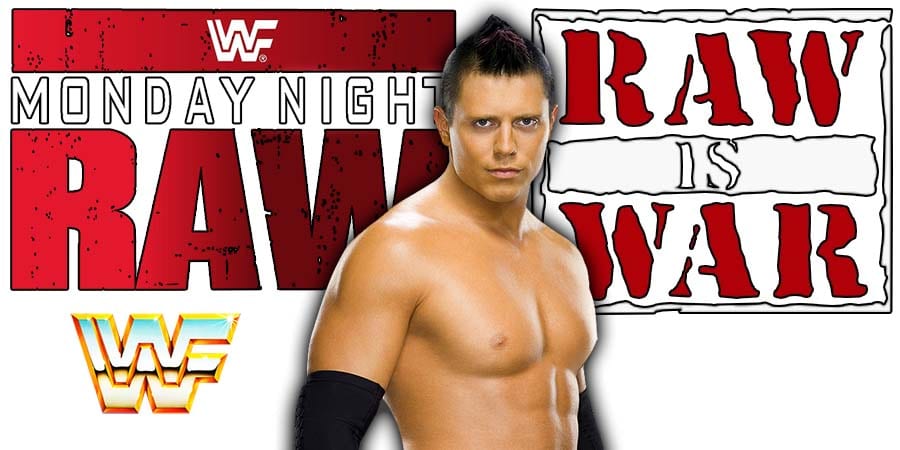 • WWE RAW Results – The Miz Gets His Money In The Bank Contract Back, Alexa Bliss Teases Attack On Hulk Hogan & Tells Randy Orton To Burn Her

Below are the complete results from tonight’s RAW, which was the final RAW of 2020:

– During an in-ring segment with WWE Champion Drew McIntyre, Sheamus and Keith Lee, Lee said he’s going to make Sheamus apologize tonight and warned Drew that Sheamus will turn on him. The #1 Contenders match between Keith Lee and Sheamus is next, and the winner with McIntyre for the WWE Title on next week’s RAW (1st RAW of 2021, which will be RAW Legends Night). Sheamus then Brogue Kicked Keith twice.

– Alexa Bliss appeared in her Playground again. She says The Fiend may appear on next week’s RAW Legends Night to meet his hero, Hulk Hogan (thus teasing an attack on Hogan). Alexa then called Randy Orton out. Orton ended up appearing in the Firefly Fun House. Orton starting tearing and throwing Bray Wyatt’s puppets. Alexa said she wants to see Orton in the ring later tonight and Orton agreed.

But @AlexaBliss_WWE wants to see him in the ring later tonight?! #WWERaw pic.twitter.com/c41Eh9ORuB

– Mustafa Ali def. Ricochet (After the match, Ali gave another choice to Ricochet to join RETRIBUTION. Ricochet rejected the offer and hit Ali with a Recoil)

– In a backstage interview with Charly Caruso, WWE Champion Drew McIntyre was asked about his Title defense against Keith Lee. Drew said Keith can beat everyone in WWE, but not him.

– WWE Women’s Tag Team Champion Charlotte Flair def. Nia Jax via DQ (Charlotte had locked in the Figure 4 Leg Lock on Nia and was about to turn it to the Figure 8, but Shayna Baszler entered the ring to lock in her submission move on Charlotte to cause the DQ)

– During an interview with Charly Caruso, Angel Garza said he’s going to introduce himself to a female Legend next week on RAW Legends Night

– The Hurt Business def. The Hardy Bros & The New Day (Riddle delivered a Knee to Bobby Lashley after the match)

– WWE official Adam Pearce gave the Money In The Bank contract back to The Miz since he wasn’t the one to officially cash it in (John Morrison did, which doesn’t count)

– Randy Orton asked Alexa Bliss where The Fiend is and Alexa said this is not about him, it’s about her. Alexa then brought a gift to the ring, unboxed it and took out a lighter & a gasoline tank, and challenged Orton to burn her as well.

Alexa put some gasoline in the ring and laid down and shouted at. Randy to do it. Alexa said Orton doesn’t have the guts and says he’s nothing but a little b*tch. Alexa then poured all the gasoline on her. Orton then asked Alexa that “You think that I won’t do it? You think I’m not capable?”

Orton said he wants to do it and will set her on fire so she can go see The Fiend in hell. The Fiend’s music then hit, but no one was there. RAW went off the air as Orton was about to light the ring on fire.

"I challenge you to do to me, what you did to him." — @AlexaBlissWWE#WWERaw @RandyOrton pic.twitter.com/YIUbGRV0g1