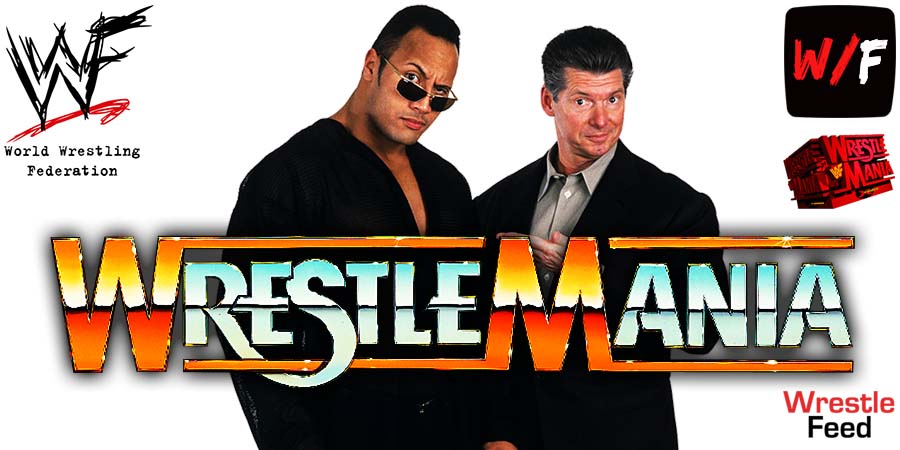 In his new book ‘There is Just One Problem – True Tales from the Former, One-Time, 7th Most Powerful Person in WWE’, former WWE writer Brian Gewirtz revealed that The Rock didn’t like Vince McMahon’s original idea for his 2011 WWE return.

Vince originally pitched Rock an idea for a one-off match, which The Great One didn’t like.

Here’s what Gewirtz wrote in the book:

“Rock reached out to Vince. He didn’t just want to come back. He wanted to give back to the business and asked Vince what he could do.

Vince asked Rock about a match, which Rock wasn’t feeling. Rock had something bigger in mind. He couldn’t fuel his passion with a single match.”

However, when Vince pitched the idea of a multi-year storyline with John Cena (which would include a WWE Championship victory), Rock was interested:

“Rock heard the idea and realized, ‘That’s it’. A three-year WrestleMania main event storyline would satisfy all the things Rock wanted to accomplish. The question of ‘Who would be the opponent?’ was never a question at all. There was only one choice (John Cena).”

When The Rock came back, he hosted WrestleMania 27 and interfered in the main event, thus costing Cena a chance to win the WWE Championship from The Miz.

The following year, he main evented WrestleMania 28 against John Cena in a match that was billed as “Once In A Lifetime”, which he won.

Then in the main event of WrestleMania 29, Rock lost the WWE Championship to Cena in a match that billed as “Greatness vs. Redemption”.

The People’s Champion is currently rumored to main event yet another WrestleMania in 2023, as there are talks of him challenging his real-life cousin Roman Reigns for the Undisputed WWE Universal Championship.

Also Read: The Rock Reveals How Many Energy Drinks He Consumes Every Day

Bob Geigel is most famously remembered for his time as the president of the National Wrestling Alliance between 1978 and 1987.