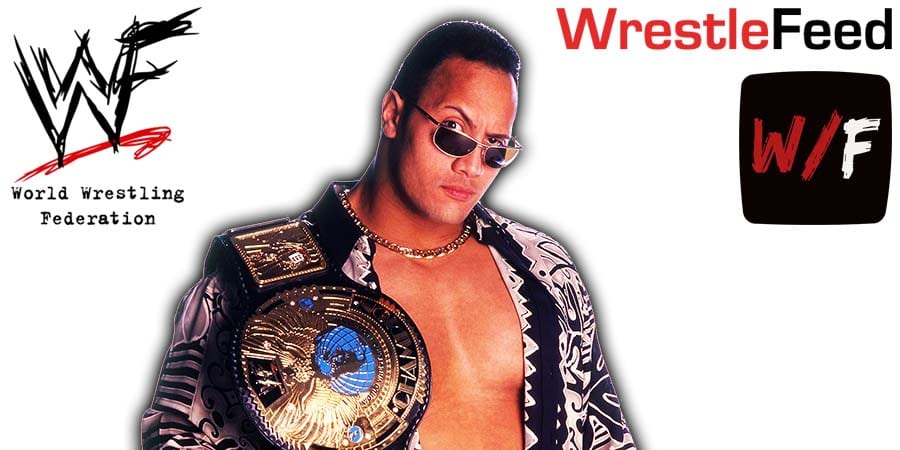 • The Rock Endorses Joe Biden For US Presidential Elections 2020

For the first time in his career, WWF/E Legend and the highest paid Hollywood star, Dwayne “The Rock” Johnson, has endorsed a Presidential and Vice Presidential candidate.

He has announced that he’s supporting Joe Biden and Kamala Harris in the United States elections this year.

Also Read: The Rock Will Virtually Appear In Impact Wrestling Next Month

He released a video to share the official announcement.

“Let me start off by saying, guys, I’ve been a lucky guy over the years, in my life and my career to have been part of and participated in some real defining moments, and, I have never publicly endorsed a presidential candidate, or a vice presidential candidate, in my life, over my career, so I figured, let’s kick this conversation off this way, by me officially, publicly endorsing you both to become President and Vice-President of our great country.

You guys are both obviously experienced to lead. You’ve done great things, Joe. You’ve had such an incredible career. You’ve led, in my opinion, with great compassion and in heart and drive, but also soul. You and I talked about that in the past and how important soul is.

Kamala, I’m going to embarrass you just for a little bit, because I’m going to talk a little bit about your amazing experience. You have been an attorney, a district attorney, state attorney, a U.S. senator, smart, tough – I’ve seen in those hearings and in my opinion, you are a certified badass.”

“By doing what we say we’re going to do. By keeping our word. By leveling with the American people. By taking responsibility. When we fail, acknowledge it, we’re not going to be perfect, but take responsibility. Say, ‘this is what I’m going to do, this is what I believe, and tell the truth. That sounds so basic, but the American people are strong, they’re tough, they can take anything if you level with them and tell the truth. One of the ways we’re going to do it is demonstrate [that] we mean what we say. Our administration is going to look like America. It’s going to be representative of all of America.”

“Well, you know, to your point, it’s about trust, right? As we know, the nature of trust is that, like Joe was saying and you’ve said, it’s a reciprocal relationship. You give and you receive trust. One of the foundations of trust is truth. You must speak truth, but here’s the reality: truth can sometimes be really difficult to hear and for that reason, sometimes people don’t speak it. But you cannot have trust if you don’t speak truth. You know that as a parent, we know that as parents you have to speak truth.

As long as there is an understanding that it is being spoken not to confront, not to hurt, but to deal with things the way they must be handled, I think that has to be part of the core of what we do as we go forward, because to your point, we’re facing as a country so many challenges and people are grieving. I mean, people are grieving the loss of life, the loss of jobs, the loss of certainty, the loss of normalcy and to heal and get through this, we’re going to have to be honest about what healing will require. That’s one of the things that Joe and I really do have in common, which is we’re motivated by healing, but we know to do that, we have to be honest about what it’s going to take.”

As a political independent & centrist, I’ve voted for both parties in the past. In this critical presidential election, I’m endorsing @JoeBiden & @KamalaHarris.