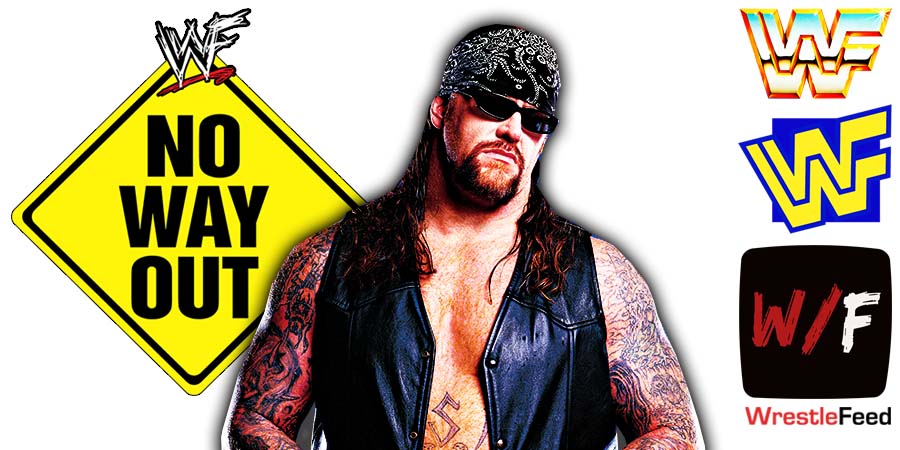 At tonight’s Elimination Chamber 2022 premium live event, a video for The Undertaker’s WWE Hall Of Fame induction was played, which got a huge response from the live crowd in Saudi Arabia.

According to PWInsider, there were plans for The Undertaker to make a cameo appearance at today’s show to celebrate his upcoming Hall Of Fame induction, but the plans were dropped.

Also, WWE Hall Of Famer Kurt Angle was originally scheduled to be a part of tonight’s event as a part of storyline, but those plans were dropped weeks ago.

Angle was supposed to be a part of a 3-4 week storyline that would’ve culminated tonight. This was a non-wrestling role for Angle.

Fightful Select reported the following about original plans for Angle:

“Angle was originally figured in to the RK-BRO vs. Alpha Academy plans. There were pitches that the academic challenge would even be the ‘Three Is Challenge’, playing off of Angle’s wrestling days.

There were also discussions regarding Angle serving as a special guest referee in Saudi Arabia at the Elimination Chamber event.”

WATCH: The Most Revealing Outfit In WWE History (Part 1):