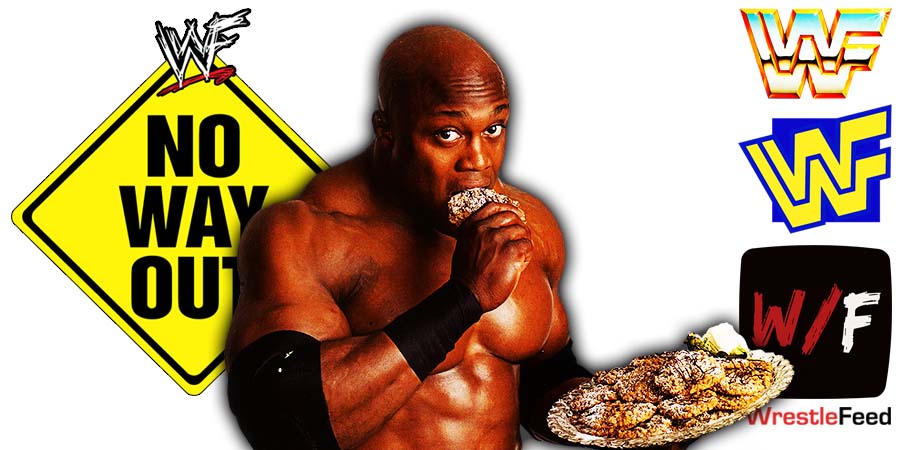 In the main event of tonight’s Elimination Chamber 2022 premium live event, Bobby Lashley lost the WWE Championship – not because he got pinned, but because he couldn’t compete.

During the Men’s Elimination Chamber match, Seth Rollins powerbombed Austin Theory through the glass door of Lashley’s pod, and Lashley went down.

WWE Official Adam Pearce and other personnel then entered the Chamber to check on Lashley, and he was then helped out of the Chamber and taken to the back.

WWE has provided the following update on The All Mighty:

“Bobby Lashley has entered concussion protocol and will travel back to the United States under medical supervision to undergo additional evaluation.”

Hardly anyone remembers nowadays, that he was even a ‘Paul Heyman guy’ for one night in Ted Turner’s WCW (1992), where Paul brought him in to wrestle Bill Watts’ son Erik Watts.