• The Undertaker Challenges Akshay Kumar To A Rematch

However, it was the “Fake Undertaker” played by Brian Lee (who was also seen playing the Fake Undertaker character in the WWF in 1994).

In this movie, Undertaker represented Underworld Don Maya. He used to fight for her in illegal wrestling matches for the purpose of betting. (Fake) Undertaker battled WWF Superstar Crush and Bollywood Legend Akshay Kumar in this movie.

Khiladiyon Ka Khiladi was released 25 years ago and Akshay Kumar posted the following about it with a meme:

“A hilarious note to mark 25 years to the release of #KhiladiyonKaKhiladi!

A fun fact though: it was wrestler Brian Lee who played The Undertaker in the film 😊 “

A hilarious note to mark 25 years to the release of #KhiladiyonKaKhiladi tomorrow!
A fun fact though: it was wrestler Brian Lee who played The Undertaker in the film 😊 pic.twitter.com/w7J5z3QGBQ

This led to The Undertaker (the real one, Mark Calaway) commented the following under Akshay’s post on Instagram:

“Let me check on my insurance and get back, bro!” 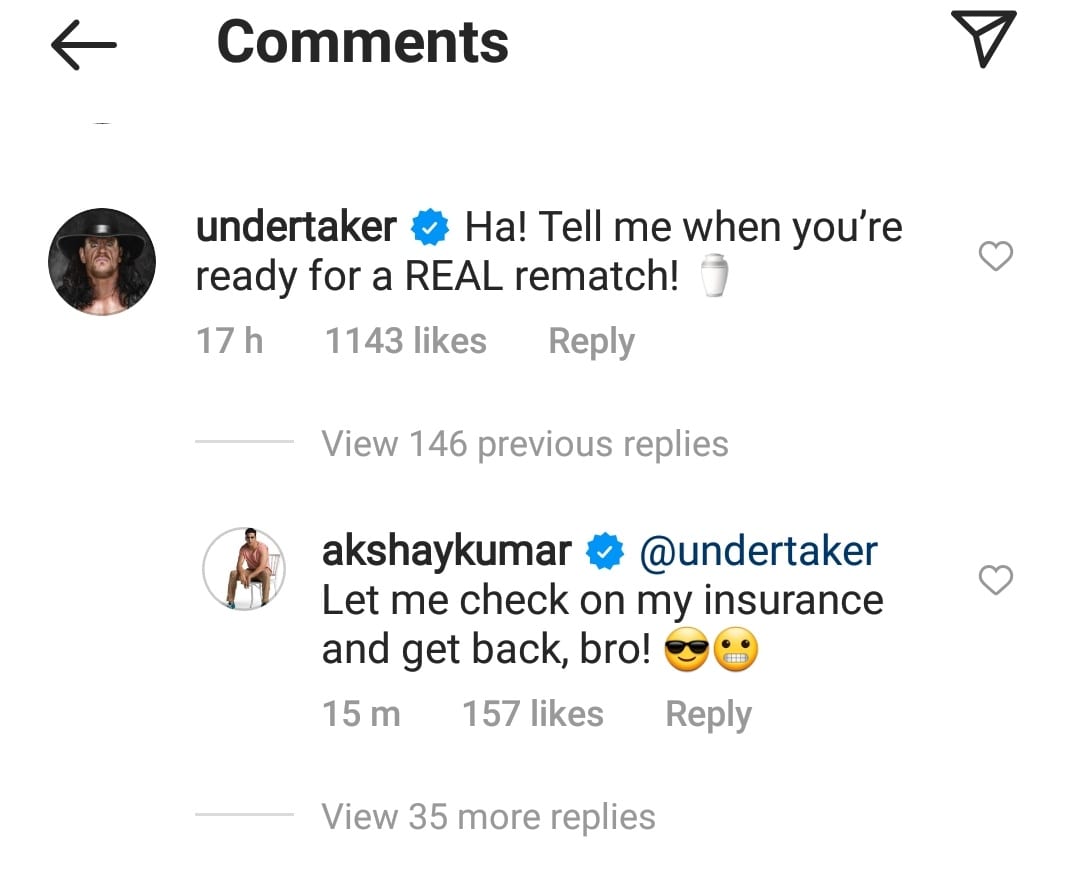 You can watch a clip from this movie below (play on YouTube directly if it doesn’t work here):