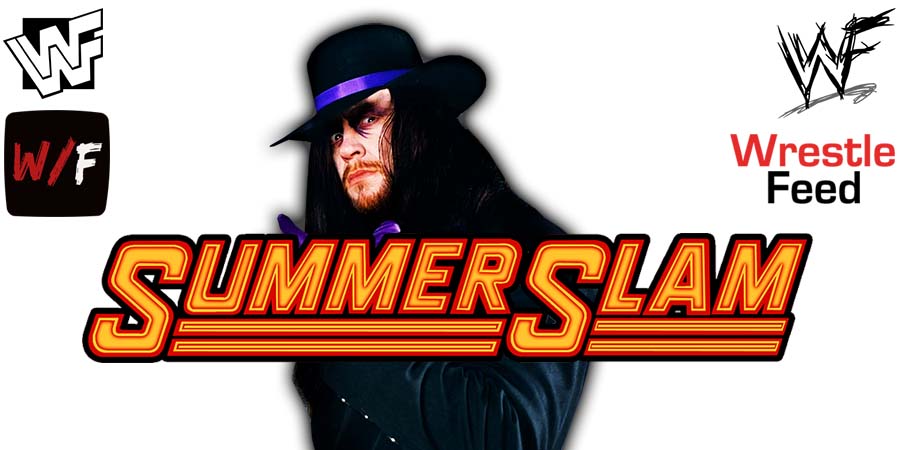 • The Undertaker Comments On His Upcoming WWE Show

UNDERTAKER 1 deadMAN SHOW will feature “The Phenom” in an intimate setting, sharing never-before-heard stories from his Hall of Fame career and taking questions from the WWE Universe in attendance.

Tickets for UNDERTAKER 1 deadMAN SHOW go on sale this Tuesday, June 28 at 10 AM CT via Ticketmaster.com. A limited number of VIP tickets, which includes premier seating and a meet-and-greet with The Undertaker, will also be available.

SummerSlam takes place Saturday, July 30 live from Nissan Stadium in Nashville. Tickets are currently available via Ticketmaster and the premium live event will stream live exclusively on Peacock in the United States and WWE Network everywhere else.

The American Badass tweeted the following about it:

“Stories from a 30+ year career, life on the road, and performing in front of the best fans in the world. Tickets on sale Tuesday! ⚱️#SummerSlam @Ticketmaster @WWE”

Below is the poster for this show: 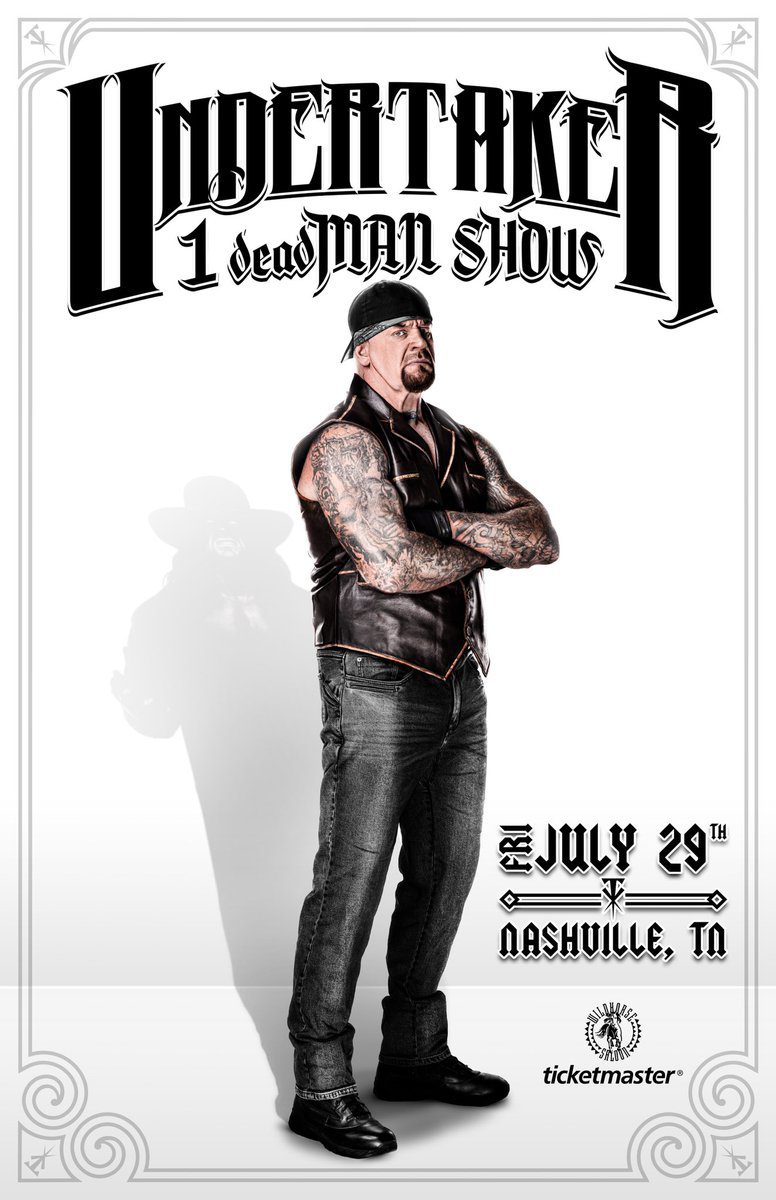 Also Read: Former WWE Wrestler Reveals Why He Locked The Undertaker In A Bathroom

On this day in Pro Wrestling history on June 24, 2007, World Wrestling Entertainment aired “WWE Vengeance 2007: Night of Champions” LIVE on PPV from the Toyota Center in Houston, Texas.

The official theme song music of this pay-per-view was the song “Gone” by the band Fuel.

Chris Benoit was supposed to wrestle for the vacant ECW World Title on this night, but unfortunately the infamous tragedy took place the days leading up to this event.