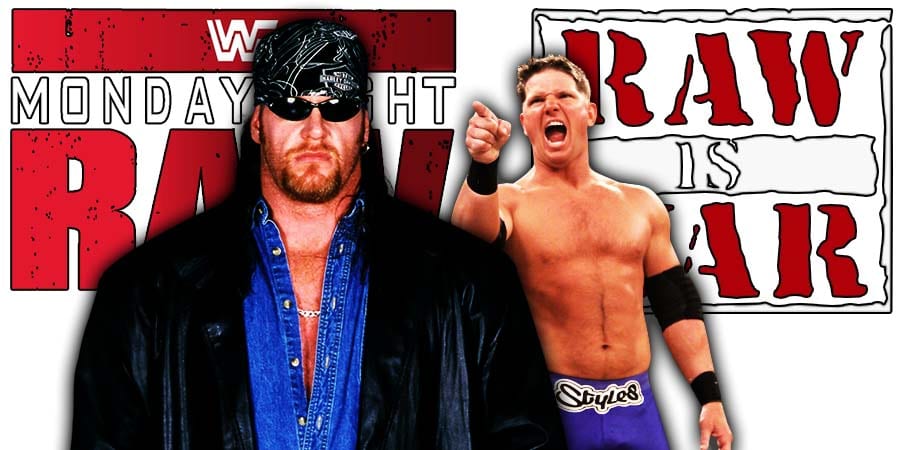 The Giant vs. The Southern Posse

The American Males vs. The Blue Bloods

Tonight’s RAW kicked off with a video package for The Undertaker vs. AJ Styles at WrestleMania 36.

Then The Undertaker appeared in a vignette under a new persona and addressed Styles by his real name.

Taker talked about how Styles was a big fish in a small pond 15 years ago and didn’t have the guts to face The Undertaker.

Taker then said Styles calls him the Phenomenal One, but he wasn’t in the WWE because he knew he couldn’t hang with the stars back then, like him, Stone Cold Steve Austin, The Rock, Kurt Angle, Triple H, Edge, Eddie Guerrero, Booker T, Shawn Michaels, and waiting till they all left. But he’s still here.

Taker then talked about Styles bringing his wife, Michelle McCool, into this. Taker said Styles is mad because McCool performs a better Styles Clash than him and got it over.

Also Read: The Undertaker Reportedly Thanked AJ Styles For Not “Phoning It In” During WrestleMania 36 Taping, WWE’s Plan For Their Boneyard Match Revealed