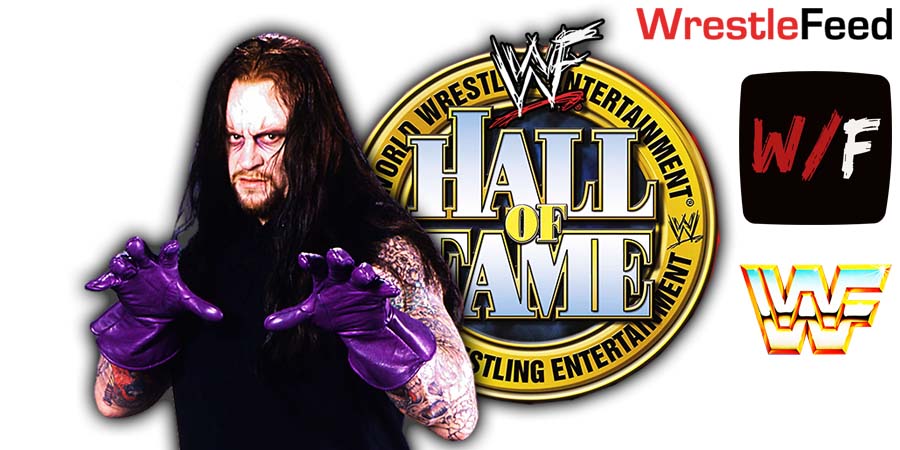 However, Noelle Foley (daughter of Mick Foley) wasn’t happy about the fact that Taker didn’t mention her father during the speech.

During an interview on In the Kliq podcast, Mick had the following to say about Undertaker not mentioning him in his speech:

“Well, listen, I forgot to mention my wife during my (Hall Of Fame) speech, so I’m not one to lecture anybody about who they should and should not include in their speech.

I was not there in those formative years and his [speech] was more about friendship and support. We had a great rivalry, but he didn’t mention Rock or Austin, and he and Austin had some classics as well.

During an interview with Bleacher Report, Undertaker had the following to say about this situation:

“‘I can’t believe you didn’t mention Mick Foley.’ I’ve talked about Mick Foley until I’m blue in the gills.

I love Mick Foley. I think what we did will outlive the test of time as far as our angle. But then I can talk about Edge and so on. I haven’t talked to any of those guys.

I hope they didn’t get their feelings hurt, but it wasn’t about all that. It was about my journey and the things I’ve learned through those 30-plus years that I was trying to share and help people in their lives and thank the WWE Universe.

That’s what it was all about. If anyone was offended, I’m sorry.”

Also Read: “He didn’t have a bone in his body” – The Undertaker On His Encounter With A Drunk WWF Veteran

1. Diamond Dallas Page vs. The Undertaker