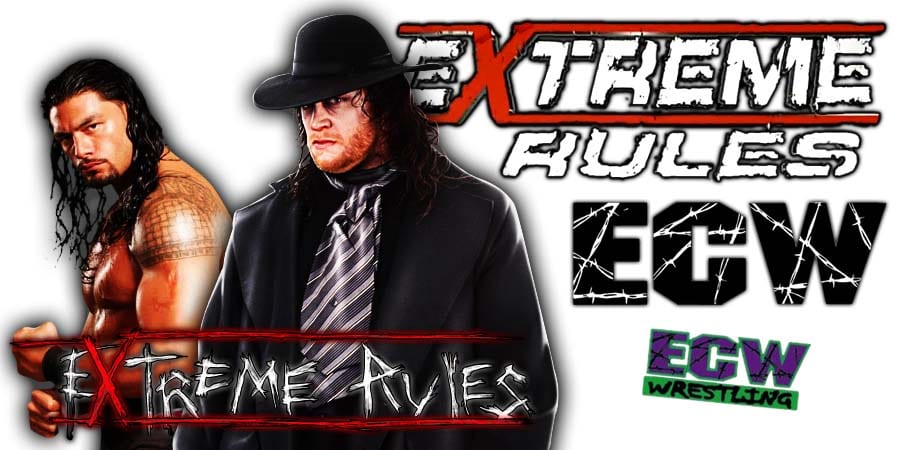 On this day in 1984, the World Wrestling Federation aired the debut episode of their new TV show ‘World Championship Wrestling’ on Ted Turner’s channel TBS.

This episode featured pre-taped matches & interviews on the road to the “WWF Brawl To End It All” event.

As we noted during our Extreme Rules 2019 live coverage, The Undertaker absolutely tore the house down during the No Holds Barred tag team match as he delivered his best performance in years!

The match ended with The Undertaker pinning Shane McMahon after delivering a Tombstone Piledriver. The Undertaker showed respect to his tag team partner, Roman Reigns, by telling him ‘This is your yard’.

According to Brad Shepard, The Undertaker was very happy backstage after his match (as he wasn’t happy at all with what happened at WWE Super ShowDown) and gave Drew McIntyre a hug.

It should be noted that we might get to see The Undertaker vs. Drew McIntyre next month at SummerSlam 2019.

We’ll keep you updated regarding The Undertaker’s status.