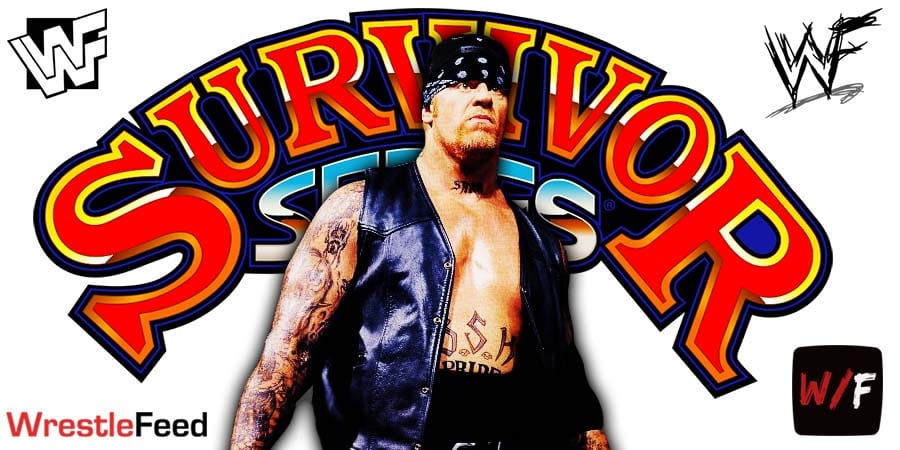 • The Undertaker Returning To WWE Programming Next Week, Tribute To The Troops Date Announced

The Undertaker hasn’t appeared in a wrestling role on WWE programming since WrestleMania 36, where he defeated AJ Styles in a Boneyard match in the main event of night 1.

Taker has appeared on WWE programming from time to time on The Bump since then.

To promote his Final Farewell at Survivor Series in a week from Sunday, The American Badass will once again appear on The Bump next Wednesday morning.

Below is WWE’s announcement about it:

Next week on #WWETheBump…@undertaker joins us before his final farewell at #SurvivorSeries.

You will NOT want to miss this! pic.twitter.com/H6GpfJ99WR

As we noted before, Tribute To The Troops was rumored to return to TV this year.

It has now been confirmed that the event will be airing on Sunday, December 6th on FOX.

In honor of our military members and veterans, FOX Sports and WWE present the 18th Annual WWE Tribute to the Troops, featuring servicemen and women and their families from the WWE ThunderDome 🇺🇸

This will be the same day as the next NXT TakeOver event.