Despite being retired from the sport of Professional Wrestling, The Godfather still returns every now and then to appear in some comedy segments, usually on Anniversary Shows & “Old School RAW” special episodes.

• The Undertaker Reveals How The Match With John Cena Happened At WrestleMania 34, Apologizing To Roman Reigns For WrestleMania 33 Performance

During Undertaker: The Last Ride’s Chapter 2: The Redemption (which will be available on the WWE Network this Sunday), The Undertaker talked about how the match with John Cena at WrestleMania 34 happened.

After Royal Rumble 2018, Vince McMahon gave a call to Taker to pitch the idea of The Undertaker vs. John Cena at WrestleMania 34.

Taker found the idea appealing, but had to watch his match with Roman Reigns from WrestleMania 33 first.

Taker didn’t enjoy his match with Reigns, as he thought he was slow, looked old, overweight and couldn’t move.

WWE sent Taker a ring to train in, which he set up at a jet ski repair center. Taker was told to give Vince an answer regarding his WrestleMania status by Elimination Chamber.

Taker then said: “What am I doing? I’m pretty sure I officially retired.”

Taker then agreed to work WrestleMania 34 and said the following to Vince: “I ain’t as good as I once was, but I’m as good once as I ever was. See you in New Orleans.”

Below is a photo of Taker & Cena backstage after their match at WrestleMania 34: 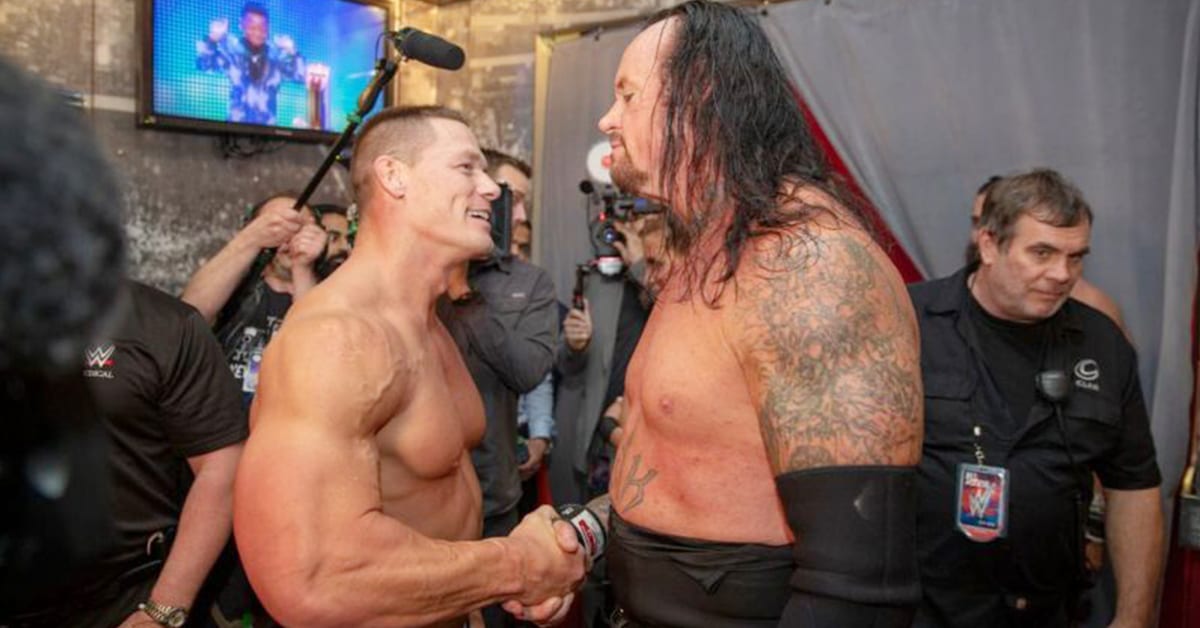 Taker also had an exchange with Roman Reigns. Reigns said that Taker is looking great, while Taker apologized to Roman for disappointing him at WrestleMania 33 as he felt really bad for Reigns.

Also Read: Backstage News On How Long The Undertaker Is Under Contract With WWE