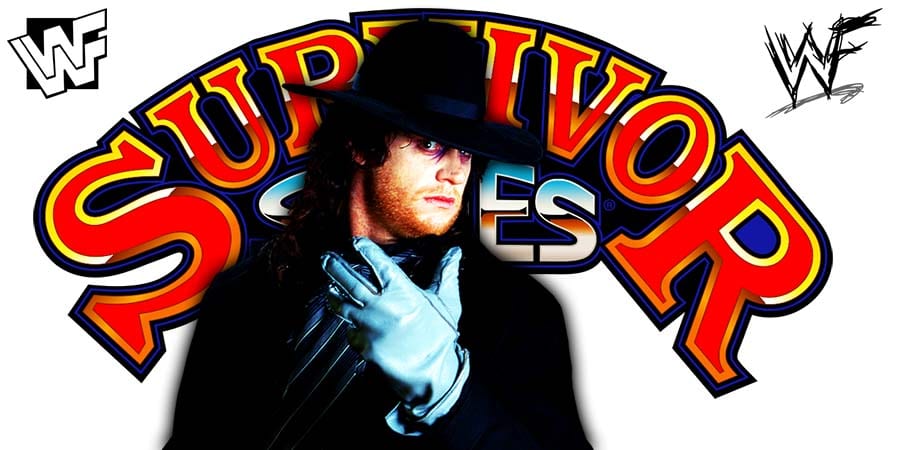 • The Undertaker Reveals The Favorite Version Of His Gimmick, If He Wants To Face The Fiend

The Undertaker appeared on WWE’s The Bump this morning to promote his appearance at this Sunday’s Survivor Series 2020 pay-per-view, where he’ll have his Final Farewell.

Below are some highlights from his appearance:

– His favorite version of The Undertaker gimmick is the original version, and the most fun version was The American Badass, as he could say whatever he wanted to, ride bikes on the show, and it was perfect for the Attitude Era.

– He hated being chopped in the ring.

– Taker said the following about Bray Wyatt’s “The Fiend” gimmick:

“Bray Wyatt has gone to the next level! He’s so thought-provoking and can draw emotions. I would have LOVED to take on The Fiend!”

You can watch The Undertaker’s appearance on The Bump below:

Also Check Out: The Undertaker Surprises Couple Who Walked Down The Aisle To His Theme On Their Wedding (Video)

On this day in Pro Wrestling history on November 18, 1992, Ted Turner’s World Championship Wrestling aired ‘WCW Clash Of The Champions 21’ LIVE on TBS from the Macon Coliseum in Macon, Georgia.