• The Undertaker Spotted Drinking With Controversial WWF Wrestler In UK

According to the Dirty Sheets, The Undertaker was spotted drinking with Old School WWF Veteran Marty Jannetty last night at a hotel bar in UK. While Marty is being blocked in the above photo by the bartender, it’s indeed him and below is another photo of him in the same clothes for confirmation: 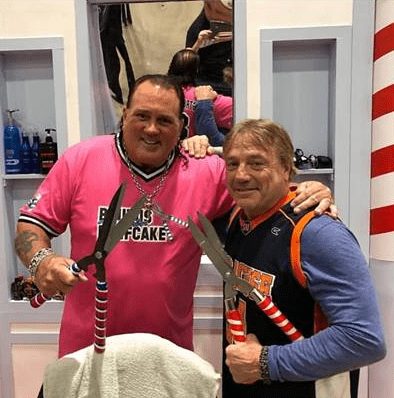 Both Taker & Jannetty are there for a wrestling convention. Taker is going to be there for the rest of the week for his Inside The Ropes signing.

Jannetty hasn’t been seen in good light ever since September 2017, when he made a post on Facebook asking people if it’s okay to sleep with a girl who he once thought was his daughter (according to reports, he didn’t raise the girl, the girl came to him a few years back and claimed she’s his daughter), but then found out she’s not after conducting a DNA test.