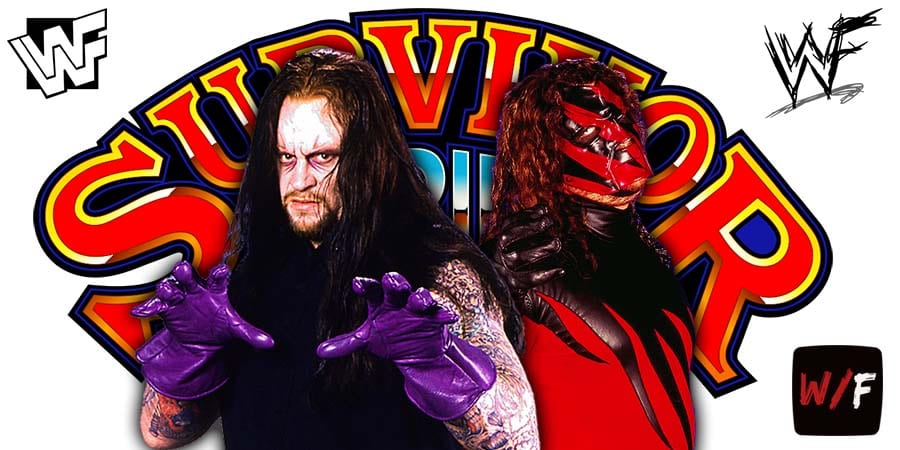 During the Brothers Of Destruction documentary on the WWE Network, The Undertaker teased that his run with Kane might not be over.

You can read the ending conversation between Taker & Kane during the ending moments of the documentary below:

Taker: “Who knows where our careers would have been if they hadn’t intersected. I challenge anybody to come up with a better story that has lasted that long. And just to be able to be relevant, now that means a lot to me. Obviously you’re a vital part of that, and our history together, against each other, with each other.”

Kane: “You do have people that are very instrumental in your career, but also in your life. There are these inflection points, if someone comes along and you can look back on your life and say, if that hadn’t happened all the good things that happened to me wouldn’t have taken place, and you’re a large part of that feeling.”

Taker: “The feelings are mutual. Our friendship outside of the ring, it’s really special to know that we were so instrumental in each other’s paths, our career paths, which is really cool.

Who’s to say that it’s even over…”

Kane will attend The Undertaker’s Final Farewell at WWE Survivor Series 2020, so it’s possible that Brothers Of Destruction do one final thing together this Sunday night.

Also Read: The Undertaker & Kane On Who Should’ve Ended The Streak

It was pre-taped at the Conseco Fieldhouse in Indianapolis, Indiana and featured pre-taped matches & storyline segments on the road to the ‘WWF Survivor Series 2000’ PPV.

7. The Rock vs. Chris Benoit