“The Monster Among Men” Braun Strowman recently made a post on Instagram where he talked about how he was honored to perform in front of his grandparents for the first time ever live.

“So awesome I got preform for my family tonight my grandpa has never seen me live so it was an honor!!!!! #wwe #family #thankyou #wwemadison”

So awesome I got preform for my family tonight my grandpa has never seen me live so it was an honor!!!!! #wwe #family #thankyou #wwemadison

The Undertaker and Braun Strowman then had an interesting exchange in the comments of that post and you can check it out below:

Undertaker: I know what they were probably doing after the show… 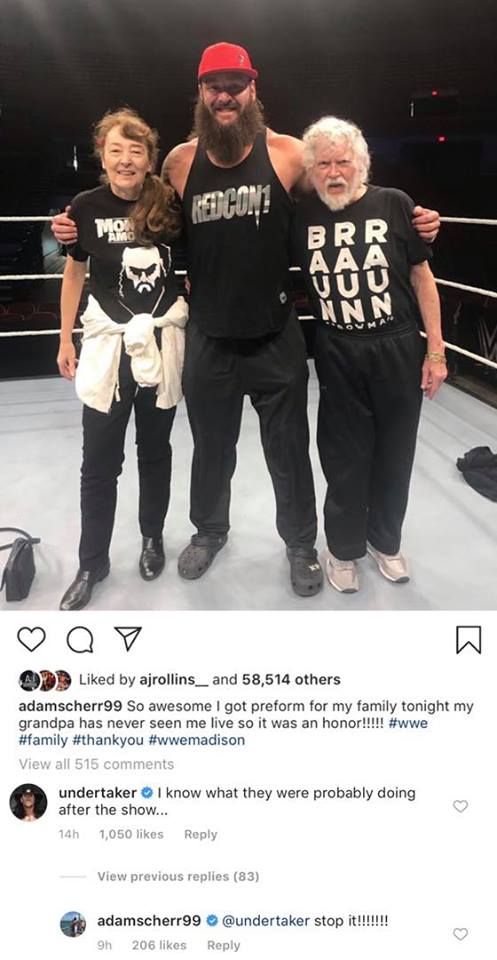 WATCH: CM Punk Returns To Wrestling Under A Mask (April 2019):