This is a big weekend for The Undertaker. He’s going to be inducted into the WWE Hall Of Fame this Friday night by Vince McMahon.

After that, he’s going to appear at WrestleMania 38 as a part of the 2022 Hall Of Fame Class, which could end up being his final WrestleMania appearance.

At WrestleMania Axxess tonight, The Phenom was honored in a huge way when his life-sized statue was revealed. 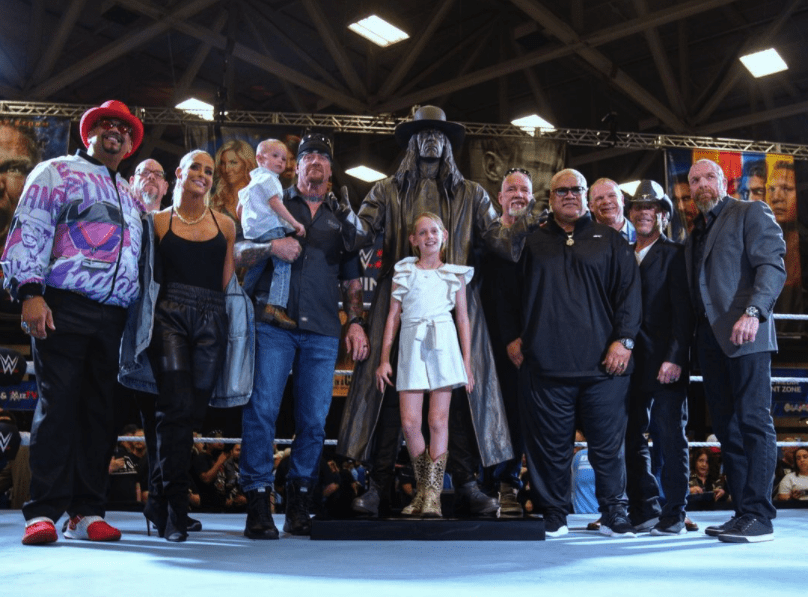 As you can see, along with The Undertaker’s family, some of his best friends and fellow wrestling legends are also present there.

You can watch the unveiling and Undertaker’s reaction below:

Also Read: “I could probably squeeze one out” – The Undertaker On If He Has What It Takes To Wrestle One More Match

• ON THIS DAY IN WRESTLING HISTORY (March 31, 1984) – Georgia Championship Wrestling

The Spoiler vs. Jim Turner