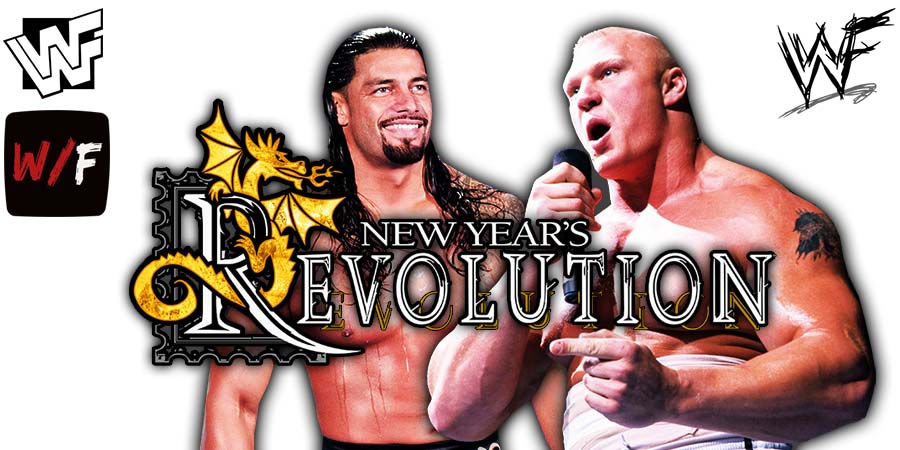 • The Usos Give An Update On Roman Reigns

Universal Champion Roman Reigns tested positive for COVID-19 hours before the WWE Day 1 PPV, so he was pulled from the show.

This resulted in the Roman Reigns vs. Brock Lesnar match being canceled.

At the WWE Day 1 PPV, Bloodline members The Usos kicked off the main show by defeating The New Day to retain the SmackDown Tag Team Championship.

After their win, they were interviewed by Sports Illustrated, where they were asked about their Tribal Chief.

“It felt off not having the Tribal Chief around. This match was for him. We represented, and he’s going to be OK. He’s home resting, and maybe playing some Call of Duty. We’re going to see him back soon.”

“We opened the show, and we’re so used to seeing The Big Uce close the show. This pandemic is crazy, and all we want is for him to be safe and take care of himself.”

Also Read: Has The Plan For The WrestleMania 38 Main Event Changed Due To Brock Lesnar Winning The WWE Championship?

• Old School ECW Legend Would Have Celebrated His Birthday

New Jack originally made a name for himself in Jim Cornette’s SMW Smoky Mountain Wrestling territory, where he formed ‘The Gangstas’ with his Tag Team partner Mustafa Saed, but soon jumped ship to Paul Heyman’s ECW Extreme Championship Wrestling, where he became a house hold name in Hardcore Wrestling and somewhat of an innovator when it comes to jumping of balconies during pro wrestling matches.

Jerome Young passed away from a heart attack in 2021.