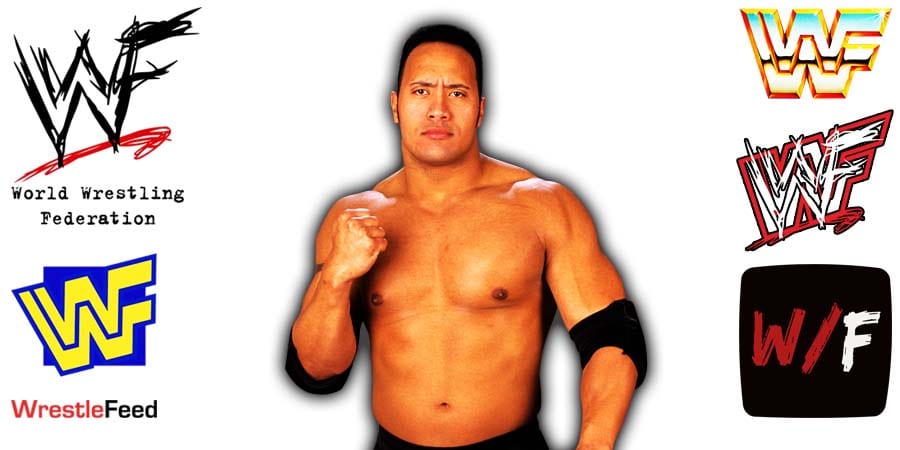 For years, there have been talks of WWF Legend The Rock running for President of the United States of America at some point in the future.

Rumors came up again when his 2021 TV Show ‘Young Rock’ was built heavily on the idea of him running for office.

The Rock, who’s currently the #1 actor in all of Hollywood, recently went to Instagram and commented the following on that topic:

“Conversations always swirl when it comes to me running for POTUS one day.

The latest poll showed that 46% of Americans would support me running for President.

For my @vanityfair interview, I spent a lot of time with my writer (and tequila drinking buddy), Chris Heath about my honest feelings regarding this unbelievable support I potentially could have.

But here’s the truth:

46% of Americans galvanized in support of me being President is so humbling and it really sits me down and I shake my head in awe.

But at the end of the day, I don’t know the first thing about politics. I care deeply about our country. And I care about every f**king American who bleeds red — and that’s all of them.

I may have some leadership qualities but that doesn’t necessarily make me a great Presidential candidate.

And that’s where I am today.

I’m not a politician, but that’s the truth.

Thanks @vanityfair and thanks Chris for chopping this polarizing, yet important subject up with me and our country.”

Also Read: Kevin Nash Apologizes To The Rock For Being A D*ck To Him In 2002, Rock Responds