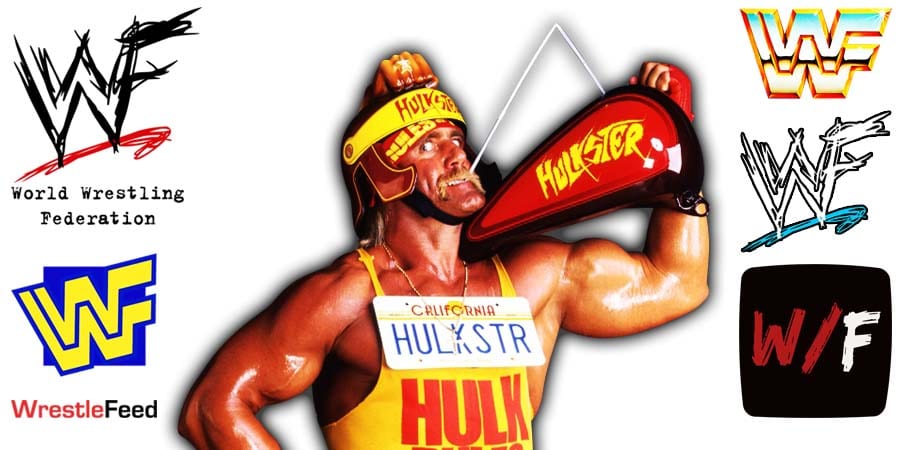 WWE Hall Of Famer Hulk Hogan recently spoke to ESPN, where he was asked if he’d like to get a “Last Ride” like documentary and a send-off like The Undertaker.

“I haven’t really thought about it. There’s still more business to be done with me even though I’m not actually wrestling anymore. I don’t know how to approach that as far as timing goes. And it could only be done by the WWE, because they’re the only ones that could do it correctly and give it justice. Hopefully, down the road there’ll be a spot to do it that way.”

The Hulkster was also asked to name a match he wishes he would’ve been involved in, but never got the chance to compete in.

“Yes. ‘Stone Cold’ Steve Austin, in a singles match. I tease him about it all the time: ‘Man, if I was the bad guy, I would have put you over every night. Right in the middle of the ring.

And then I’d get on TV and I’d lie my rear end off about how that bald-headed creep could never beat me!’ We could have drawn so much money.

When I came back to wrestle The Rock, that Hollywood Hogan character was so hot. I would have loved to chase Steve around the world for a couple of months.”

It was broadcasted from the Wachovia Arena in Wilkes-Barre, Pennsylvania and featured pre-taped matches, interviews & storyline segments on the road to the ‘WWE Royal Rumble 2006’ PPV.