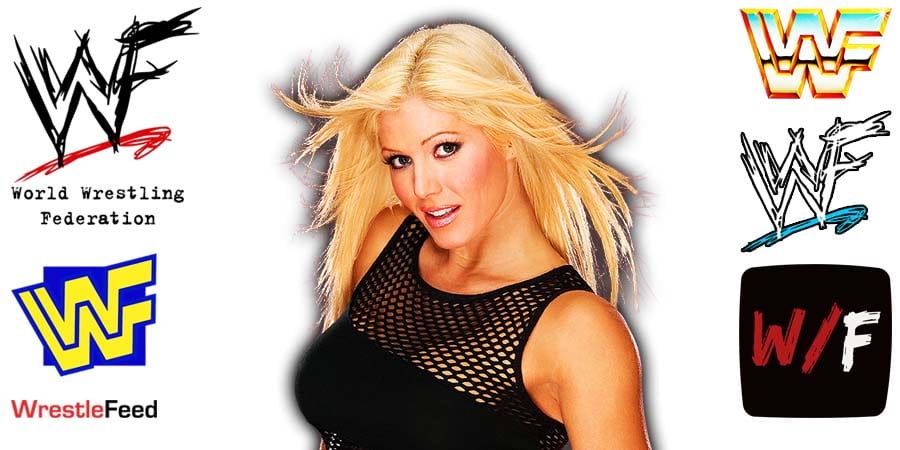 During an interview on The Mike O’Hearn Show, Old School WWF/WCW Diva Torrie Wilson talked about her wrestling career.

On WWE wanting her to do what Sable did at WWF Fully Loaded 1998:

“They wanted me, like what Sable did, paint my b**bs and walk out there n*ked, and I said no. There are certain things that I turned down that I could’ve gotten ahead with. But it just didn’t feel right.”

On how much money she initially made in WCW:

“I was taking pictures [backstage] with like Bill Goldberg and some people and my boyfriend was freaking out and then I met Kevin Nash and he was like, ‘I saw you in a green bikini in a magazine and we have this storyline idea. Would you be interested in doing it?’

It’s working with Ric Flair and it was just acting segments and so, I said ‘yeah’ and it was like 5 grand a day. It was the easiest money. I’m broke, so broke by the way. Could barely get groceries and it just snowballed so fast.

My popularity evolved so fast and it was kind of like, I never really wanted to be a wrestler but, this gig came to me and I need to roll with it.”

WATCH: Torrie Wilson In The Most Revealing Outfit In WWE History:

Konnan vs. The Giant