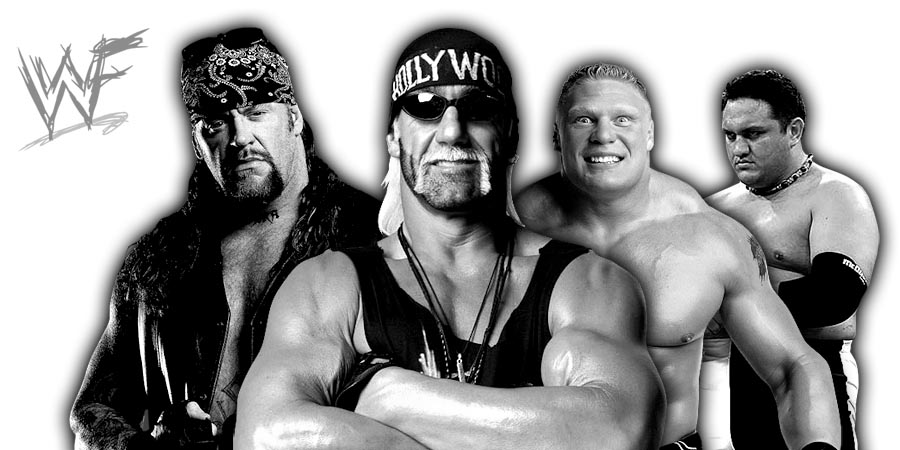 Let’s take a look at the top 13 news stories of the day from the world of WWE (Great Balls of Fire 2017, Royal Rumble 2018, The Undertaker ) & Professional Wrestling:

13. Jeff Jarrett On Why The Decision Was Made To Re-brand TNA As GFW

During a recent edition of Busted Open, Jeff Jarrett discussed the recent re-branding of TNA Impact Wrestling to GFW and below is what he said:

“Obviously we’ve had our ups and downs and in-betweens between myself — not just professionally — but personally with Impact. And then, you know, I launched Global Force Wrestling and it’s so ironic how things have come together. In the early days it was TNA and the name of the television show was Impact. And then it got into early 2010-2011 it was called Impact Wrestling and where does TNA stand? So I’ll be the first one to say it was a bit of confusion as far as the brand. And as an older promoter once said, ‘If you confuse them, you lose them.’ That old saying goes a long way. In one essence we’re back to the way it was originally branded. The name of the television show that comes on Thursday nights on Pop TV and Friday nights on Spike TV in the United Kingdom, Friday nights on Sony Six on India. The name of the television show is Impact and now the name of the brand, as you stated, is GFW. So we’re really excited. We realize it’s not going to happen overnight. You know, the confusion didn’t happen overnight so the re-brand is not going to happen overnight but we’re heading in that direction.

I can’t state enough just the buzz in the building Sunday night almost felt — I hate to, I’m not one to look back in the rearview mirror — but in essence, you know, we’ll call it the glory days of TNA, it really, really felt good on Sunday night. The Impact Zone so to speak was rocking, it was off the charts; they seemed to really enjoy the show that went down the 15th anniversary show of Slammiversary on Sunday night.”