2. “The Kingslayer” Seth Rollins vs. “The Destroyer” Samoa Joe

“The Kingslayer” Seth Rollins will face “The Destroyer” Samoa Joe at Payback 2017. This match was originally scheduled to take place at FastLane 2017, but Rollins getting injured resulted in the match being cancelled.

When Joe made his WWE main roster debut earlier this year, plans were for him to get an unstoppable monster heel run and for him to stay undefeated for a long time (an example for this would be when he defeated Roman Reigns in his Raw in-ring debut). 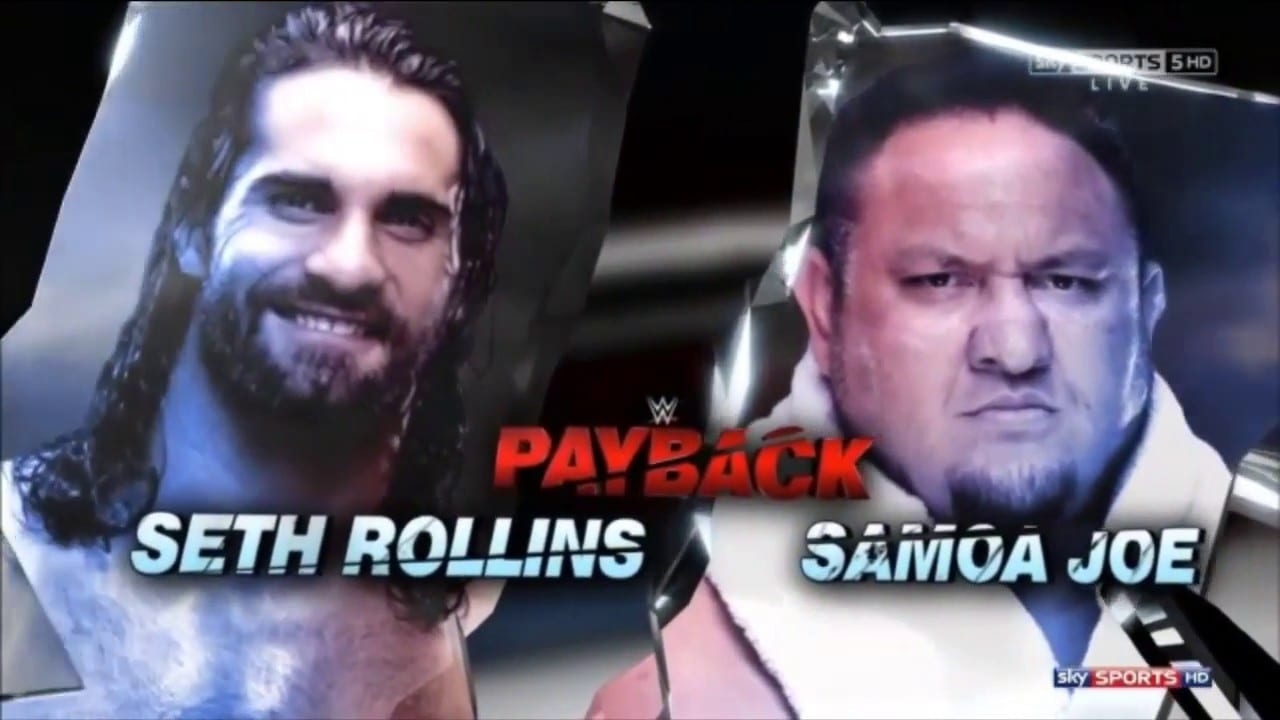 However it looks like the “undefeated run” plan might be out of the window now as Rollins is currently the favorite to win in his match against Samoa Joe.