1. “The Big Dog” Roman Reigns vs. “The Monster Among Men” Braun Strowman

“The Guy” Roman Reigns will look for Payback against “The Monster Among Men” Braun Strowman at Payback 2017. Strowman brutally attacked Reigns on Raw two weeks after WrestleMania 33.

Reigns hasn’t appeared on WWE programming since then. In the time being, Reigns’ real life brother & former WWE Superstar Rosey passed away and Reigns told WWE.com in an interview that he’s going to dedicate his Payback 2017 match and all his upcoming matches in 2017 to his late brother. 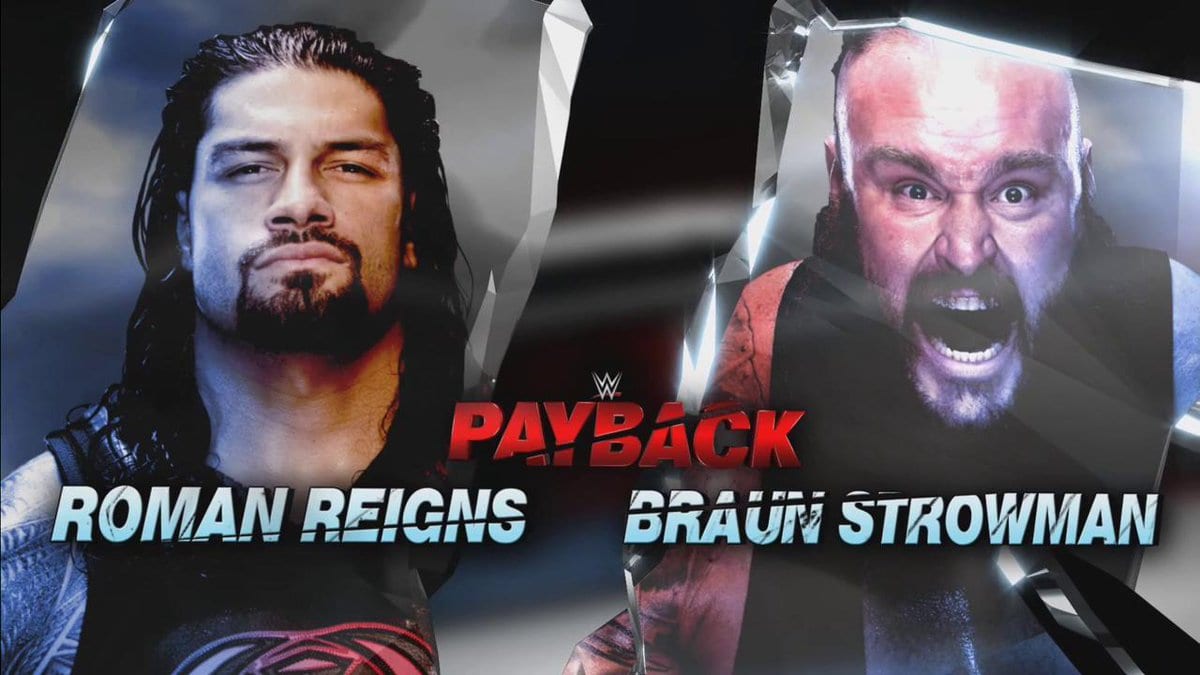 According to the betting odds, Strowman is currently expected to defeat Reigns.

This might be a bad move as Reigns’ last televised match was at WrestleMania 33, where he defeated The Undertaker in the main event.

If WWE books Reigns to lose, then the biggest victory of his career and Undertaker’s career ending loss at WrestleMania 33 would look like it meant nothing. Hopefully Reigns won’t lose clean.