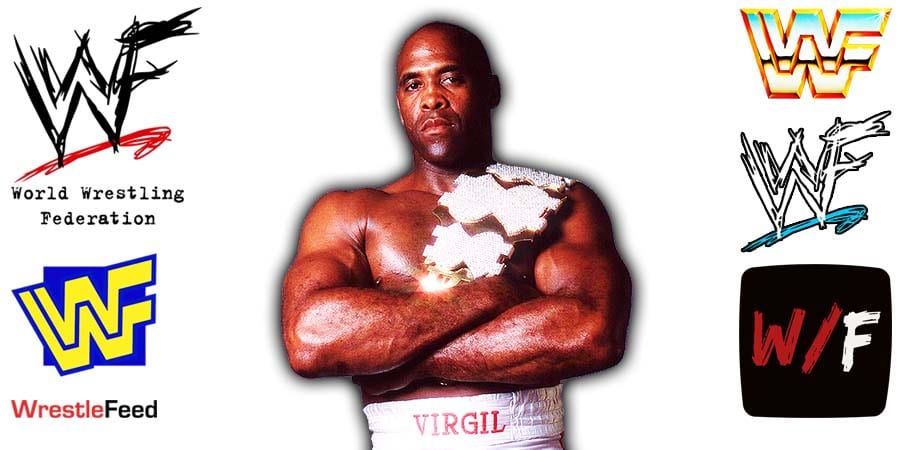 – One arm not working due to 2 massive strokes

Back in the day, Virgil used to work with “Million Dollar Man” Ted DiBiase on WWF programming.

As we have noted before, DiBiase and his family is being sued for millions in a financial mismanagement lawsuit.

Virgil posted a screenshot of an article about “Ted DiBiase curiously received $2.1 million in welfare for religious nonprofit” and wrote the following on Instagram:

“I’m sitting here hurting hustling my a$$ off and this guy doesn’t even bother f**king calling me asking me how I am.

I try to do my best and get laughed at all these years later yet I am the one who has to do my best to make a buck to help with my problems. What a life.”

Jerry Lawler Training For The Kiss My Foot Match

King Of The Ring Report