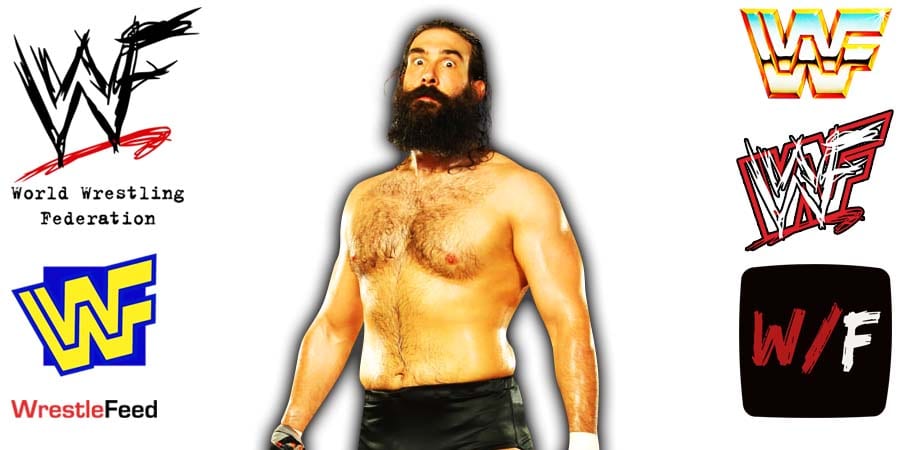 After the passing of Brodie Lee / Luke Harper, everyone in the pro wrestling world has come forward to pay tribute to The Exalted One.

Randy Orton took to Instagram on Sunday night to write a long post about Harper (they both were a part of The Wyatt Family at one point), in which he described how amazing of a person he was.

I’m not perfect, never thought I was. Neither was he. But talking to him, and conversing about our families, as most husbands/fathers do on these trips at some point, I learned that he was near perfect when it came to how he loved his sons and his wife Amanda.

His wife was close to my wife, and she considers Amanda one of her dear friends when it comes to the word ‘friend’ in this biz. You see, many times there are acquaintances, or co workers, or fellow talent, but with Kim and Amanda, I felt as if they had that female intuition thing going on and were meant to be friends.

Amanda’s attitude about the business her husband was in was a very positive one. It had given them everything, as it has me and my family. But often, as in most professions there are times when you get down on your current status.

Luke and I often talked about the biz, and how it affected our lives, our families, and us as men. I remember him saying that he wanted to do more, and knew that he was capable of doing more. He was. Seeing him have the balls to take that leap of faith and seeing him make the decision was an inspiration to me.

I was always very proud of him and out of my peripheral vision I watched him as a fellow 20 year vet and saw many things that impressed me. Not just his work inside the ring, but how he treated others in the back.

I’m telling you guys reading this, that this man’s character IS unmatched. I have many stories involving Luke and I, and I will always cherish them. Know that he was a great human being. I will be in that same lockeroom tomorrow and look forward to sharing stories about my friend, Luke. #RIPLukeHarper.”

Also Read: Brodie Lee Was Reportedly In The ICU 2 Months Ago

First he was known on WWF TV as “Leaping” Lanny Poffo in 1985, but later evolved into a manager called The Genius, who would also wrestle in matches from time to time, while managing the likes of Mr. Perfect & The Beverly Brothers.