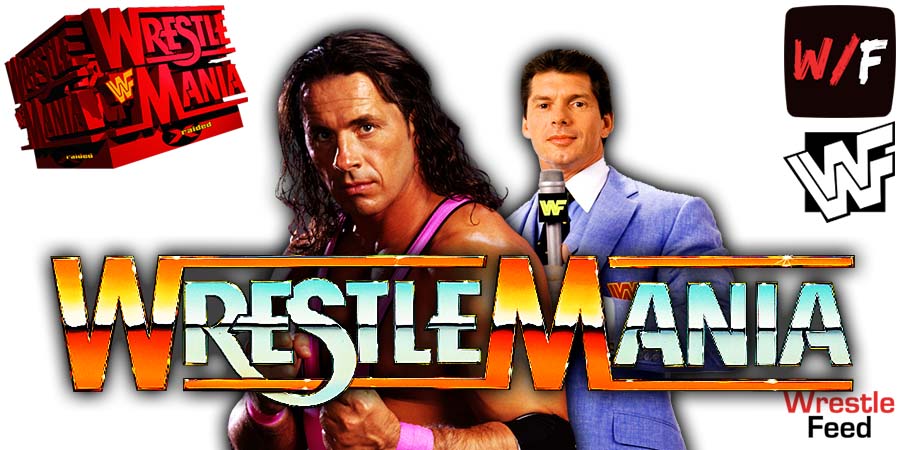 That was Bret’s first match in the company since the infamous Montreal Screwjob incident at Survivor Series 1997.

The Hitman defeated Vince McMahon in a No Holds Barred Match.

Bret posted a photo from WrestleMania 26 on Instagram and wrote the following:

“Walking down the aisle at WrestleMania 26 in Phoenix. Today marks 20 years since I suffered a stroke.

I chose this photo because there was a time when I didn’t think this moment would ever happen again, especially when I was struggling to turn my hand over, unable to walk or stand, and struggling to talk.

When you suffer a stroke, the doctors never promise that you’ll have a full recovery. I still have some weakness on my left side to this day, but I’m very fortunate to be here today having recovered what I did.

I will forever be grateful to the doctors and therapists at the Foothills Hospital here in Calgary and my fans around the world for their prayers.

While the match itself will never be in anyone’s top 10, this moment represents one of my greatest victories.”

3. The Headshrinkers vs. The Executioners