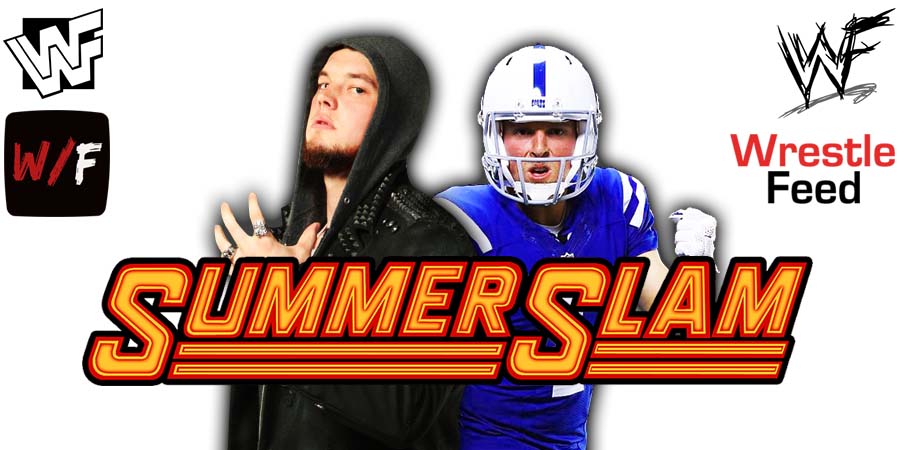 Corbin posted a video on Twitter and said the following about McAfee’s challenge:

“I’m in Kansas City, and you knew that. You’re in Austin, in your safe place, standing behind your desk, standing on your desk, sitting in your chair, running your mouth. That’s what you do, though.

You knew I wasn’t going to be in Austin, so you’re flapping your gums and putting my name in your mouth.

Well, Pat, let’s see how tough you really are when we’re standing face to face, punk!”

Corbin will give his answer this coming Friday on SmackDown.

Earlier this year, at WrestleMania 38, McAfee wrestled his first match on the WWE main roster, where he defeated Austin Theory. He then wrestled an impromptu match against Mr. McMahon & lost.

After training at the famous WCW Power Plant, John gained some experience on the weekly TV shows in 1993 & 1994 as “Big Bad John”

In 1995 he was repackaged as a bodyguard for Diamond Dallas Page, called Maxx Muscle.

The 2 broke up in 1996 and briefly feuded with each other in 1997, before Maxx was released from World Championship Wrestling.