• “This needs to look real, say sorry later” – Nia Jax On What Happened On The Night She Accidentally Injured Becky Lynch

Becky Lynch vs. Ronda Rousey didn’t take place at Survivor Series 2018 after Becky got injured during a brawl on RAW, where she took a punch from Nia Jax.

Below is what Becky ended up looking after the punch: 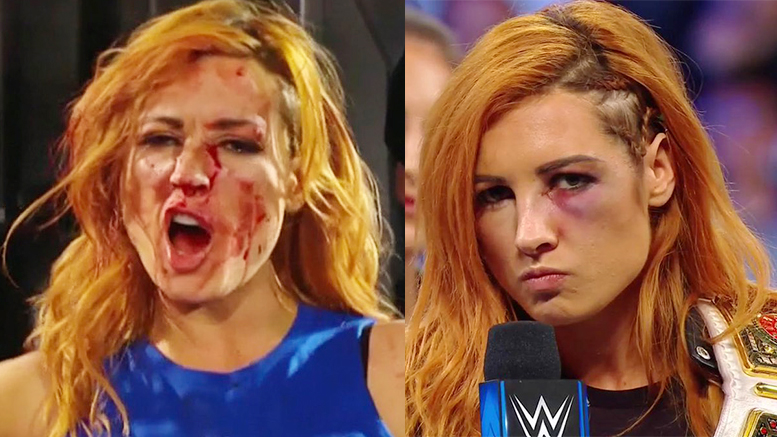 During an appearance on Renee Young’s Oral Sessions podcast, Nia explained what happened on that night:

“It was right before Survivor Series, where I think her and Ronda were going to have a singles. SmackDown was invading RAW.

The producer of that match, won’t name names, basically was like, ‘This needs to look real, say sorry later.’ We were all like, ‘Okay, cool, let’s go, let’s have fun, whatever.’

I continue to get punched in the back of my head, and I was like, ‘Good lord,’ so I just turn around and I really go to clear the person.

My fist was not closed, I did not punch her intentionally, but it did connect. I was not even aware that it was Becky. I honestly thought it was Lana.”

This accident actually helped Becky get over with the fans even more.

It was broadcasted from the Phoenix Convention Center in Phoenix, Arizona and featured matches, interviews & storyline segments on the road to the ‘WWF In Your House 27: St. Valentine’s Day Massacre’ PPV.

4. The Brood vs. The Ministry Of Darkness

5. Hardcore Match: The Acolytes vs. Al Snow & The Road Dogg