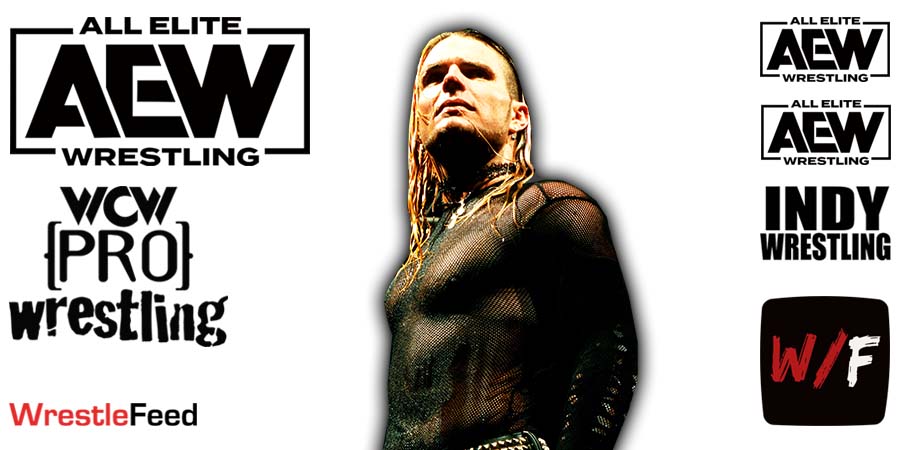 Jeff Hardy getting arrested have changed plans for this week’s AEW Dynamite.

This week’s Dynamite will be the “Road Rager” special and the following was announced for this show:

– Plaintiffs vs. Wardlow in a 20-on-1 “Class Action” Handicap Elimination Match

– Miro vs. Ethan Page in an All-Atlantic Title Qualification Match

– Chris Jericho vs. Ortiz in a Hair vs. Hair Match

– Jurassic Express (c) vs. Young Bucks vs. The Hardys in a Triple Threat Ladder Match for the AEW World Tag Team Championship

However, AEW is no longer promoting the Tag Team Title match featuring Jeff, as seen in the tweet below:

Jeff is also scheduled to compete at this Saturday’s AAA TripleMania show. No word yet on his status for that show.