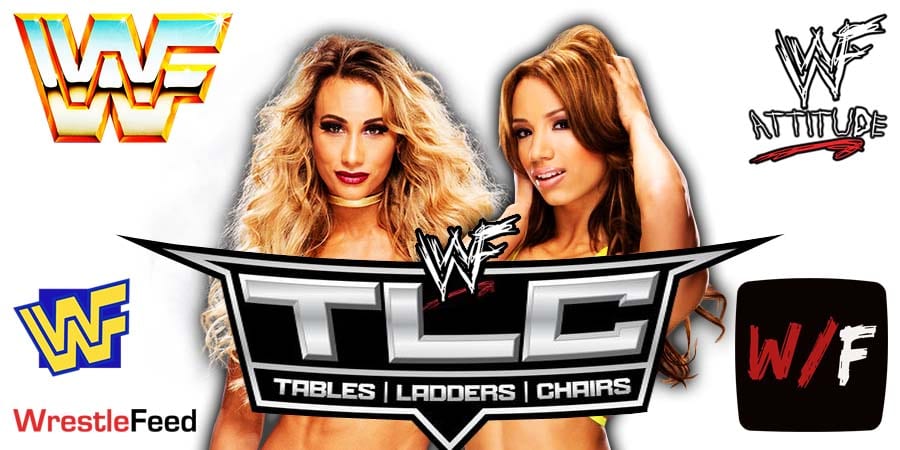 So the TLC 2020 main show kicked off in a huge way. Not only did we start things off with a Tables, Ladders & Chairs match for the WWE Championship, but we also had a Money In The Bank cash-in.

The Miz officially cashed-in his Money In The Bank contract to make it a Triple Threat TLC match, but failed to win.

Now, it’s time for the SmackDown Women’s Championship match. “The Untouchable” Carmella makes her way out first, followed by the champion, “The Boss” Sasha Banks.

The match begins and Carmella’s assistant is already making his presence felt. He saved Carmella from taking a hard bump outside the ring by catching her, and then helped her send Sasha into the steel ring steps.

Carmella puts her submission move on Sasha, but Sasha manages to get out. Sasha now locks in the Bank Statement, but Carmella’s assistant saved her.

Sasha then took him out and locked in the Bank Statement on Carmella and made her tap out.