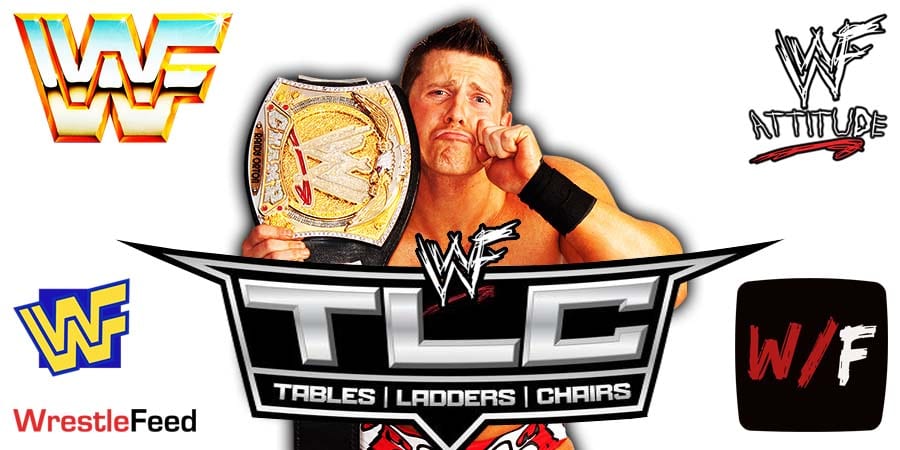 The team of babyfaces won the kickoff show when Big E pinned the Intercontinental Champion. This was the only match on the Kickoff Show.

The main show of the TLC 2020 PPV kicked off with a Tables, Ladders & Chairs match for the WWE Championship.

AJ Styles made his way out first, along with Omos, followed by WWE Champion Drew McIntyre.

The match begins and AJ immediately targets Drew’s leg. Drew still puts AJ down and quickly climbs up the ladder, but AJ attacks his leg with a Steel Chair to bring him down the ladder.

Drew, in an impressive show of strength, suplexed ladder on top of Styles!

Drew hits Styles with an Overhead Belly to Belly suplex on top of a ladder! AJ then came back into the match with a Phenomenal Forearm to Drew!

Drew shows off his amazing strength again, and hits a Gorilla Press slam on Drew straight through a Table outside the ring!

McIntyre is climbing up the ladder, but Miz interferes and puts Morrison through the Table!

Miz is cashing-in his Money In The Bank contract and this is now a Triple Threat TLC match!

Miz is climbing up while smiling, but Omos stops him and gently drops him through a table on the outside!

Morrison breaks a steel chair on Omos’ back and Morrison leaves the ring in fear.

Drew & AJ are fighting on top of a ladder, and Miz has now set up another ladder.

Drew sends both AJ & Miz down and is about to unhook the title, but AJ is back up. Now Drew goes down and Miz and AJ are at the top.

Drew pushes the ladder and sends both Miz & AJ down! Drew nails Miz with a Claymore Kick!

Drew has unhooked the title and retains!

Seize the moment, and stay in it.